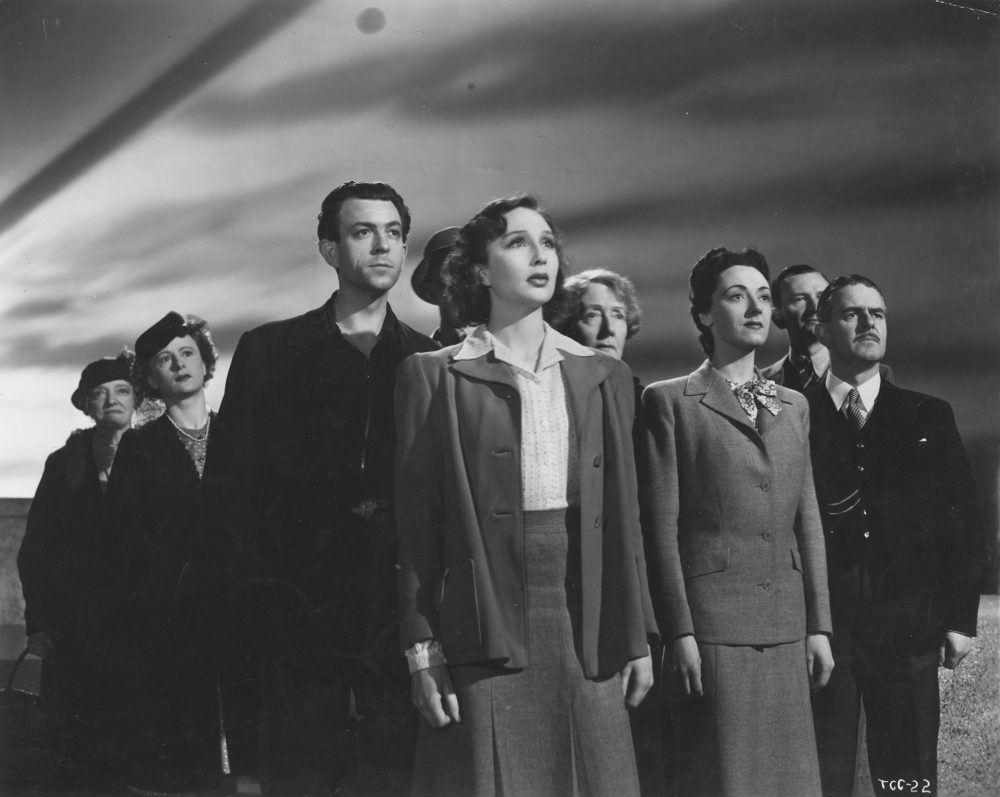 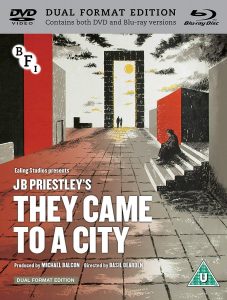 Basil Dearden (1911-1971) was one of the most undervalued of British directors. His films featured the persecution of homosexuals (Victim, 1961) and the not so latent racism in Sapphire (1959). No surprise therefore that J B Priestley’s little known but worthwhile play They Came to a City (premiered 1943) should capture his imagination in the final days of the Second World War. Taking its title from the Walt Whitman poem ‘The City’, it is a Sartre-like scenario set in a transient underworld, ever more relevant in the current climate.

Nine characters, picked from every stratum of British society, are stranded at the entrance to a city; the huge door is locked, and the protagonists feel unsure of the way ahead. But after the door opens and they are (unlike the audience) allowed into the ‘magic’ city, and soon recover their mindsets, very much the product of their individual places in society. It emerges that this city offers the option of social equality, but  only two will stay. The rest, for whatever reasons, will return to the life they had.

Of the minor characters, Sir George Gedney (Matthews), is every inch the upper-class gentleman, kept away from his game of golf, and only too ready to forget all the arguments arising from their encounter. Lady Loxfield (Terry-Lewis) is his equal, but her daughter Philippa (Rowe) finds enough strength to cut loose from her over-bearing mother, who is too stunned by her daughter’s sudden resistance, to react. Malcolm Stratton (Huntley) is a bank manager, who looks through the charade of the hierarchy he is working for, calling the chairman of the bank a pompous idiot. But his wife Dorothy (Gadd), totally dependent on him, is fearful of any change, and even promises to be more outgoing if Malcolm returns with her to their middle-class existence. The main couple, barmaid/shop girl Alice (a sparkling Googie Withers) and the explosive seaman Joe (Clements), might be falling in love with each other but nevertheless argue non-stop. She reacts against his aggressive masculinity, and talks of the sexual harassment she encounters at work. He raves on about this new opportunity but has no idea how to make it happen. These two soon become aware that neither they, nor society as a whole, is ready for change.

Using most of the original stage cast, Dearden directs thoughtfully, letting all the characters explore themselves as much as their hopes for a future. Whilst this often feels stuck in its stagey setting, and would have possibly worked better as a radio play, DoP Stanley Pavey (Home is the Hero) brings a certain poetic realism to the proceedings. In many ways, the doomed affairs of French films such as Quai de Brumes, are re-enacted through a British gaze. Needless to say, They came to a City was a disaster at he box-office, and it is to the credit of Ealing supremo Michael Bacon, that the brave feature came to be be produced at all. MT