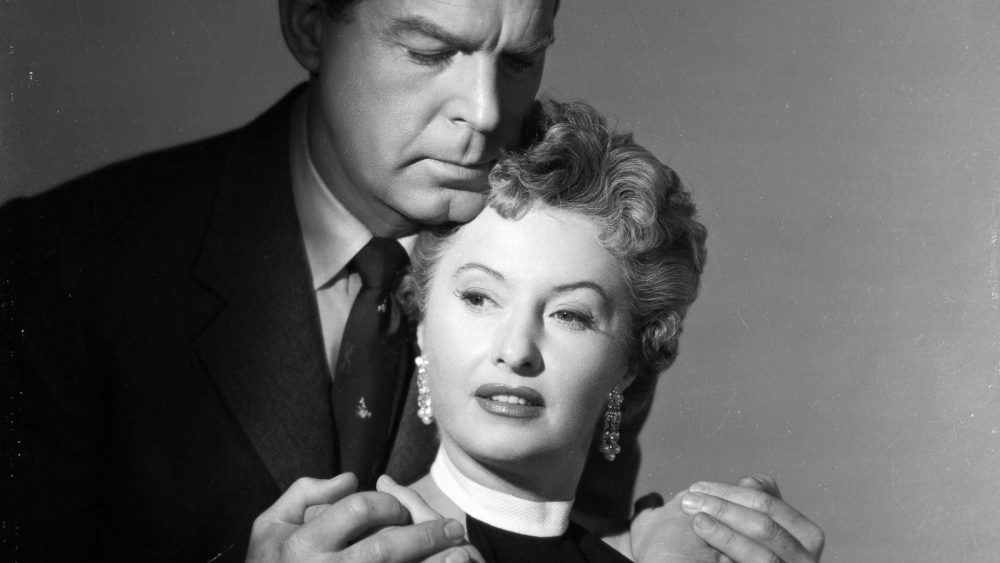 Douglas Sirk’s reputation soared after the end of his Hollywood career in 1959 –the German born émigré’s melodramas of the 1950s German became the blue print for many filmmakers in the 1970s, one of them being Rainer Werner Fassbinder. There’s Always Tomorrow had already been made in 1934 by Edward Sloman, Sirk’s version is based on the novel by Ursula Parrot, who had ten of her books adapted for the Hollywood screen. Whilst Sirk is mostly remembered for Imitations of Life, this feature, as subversive as anything shot in the 1950s in the dream factory, is sadly neglected.

Metty’s grainy black-and-white photography, his expressionistic use of angles, are one highlight of this feature, but let’s not forget Ursula Parrot, the novelist. Apart from being extremely successful, she was also quite a tearaway. In 1943, at the age of 43, she went off with a soldier who was about to be locked up for narcotic offences, right under the nose of the Military Police. Later released on bail, when cross-examined, she said that she  “acted on impulse, and anyhow, the soldier in question was a damn good guitar player”. Somehow, it makes sense that Sirk, another outsider in Hollywood, should be the one to bring her work onto the screen.

Clifford Groves (McMurray) runs a toy factory and is married to Marion (Bennett); their three children Vinny (Reynolds), Ellen (Perrault) and Frankie (Nugent) complete the happy middle-class family. Vinny, their oldest, is a mixture Playboy version of James Dean; Ellen is a fashion-obsessed teenager and Frankie, the youngest, a precocious wannabe ballet dancer. But whilst Clifford is in control of his work life, his emotions are all over the place – and not always with his family. Sirk often depicted his child characters as selfish, materialistic and obnoxious: shades of Veda in Curtiz’ Mildred Pierce. Whilst a voice-over recounts  the narrative, DoP Russell Metty’s camera pans in on opulent middle-class suburbia where shadows gradually loom, with a distinct whiff of noir. The weather is lousy – California, no less – and Clifford sets out for Palm Beach to secure a lucrative contract. Enter Norma Vale (Stanwyck), an ex-flame of Clifford, who is now a successful fashion designer – and a divorcee. At this point, Double Indemnity comes to mind, and Sirk makes this very clear: the feeling is very much like The Clock (1945), another noir feature. Norma is everything that Marion is not: lively, vivacious and more importantly, full of praise for Clifford and his achievements. Whilst they are sipping their cocktails poolside, Norma has become the dream girl for Clifford. But the audience knows that dreams rarely come true. And soon Vinnie appears with his girl friend Ann, and another couple. The foursome soon leave, but it is too late. Back home, Clifford feels the boredom even more, but worse, Vinnie wants to know the details of his father’s relationship with Norma, seeking the help of his sister Ellen. His insolence nearly costs him his girl friend Ann, who warns him to lay off. Like his father, Vinnie is clearly inferior to the woman in his life. At one point, Clifford looks at his children through the bannister of the staircase: we do not know if they are in prison, or the other way round. Tears signal the end: in this case Norma’s, in a plane flying over the Groves house. AS

IN THE REALM OF MELODRAMA: MUBI IS HOSTING A RETROSPECTIVE of DOUGLAS SIRK’s FILMS IN APRIL