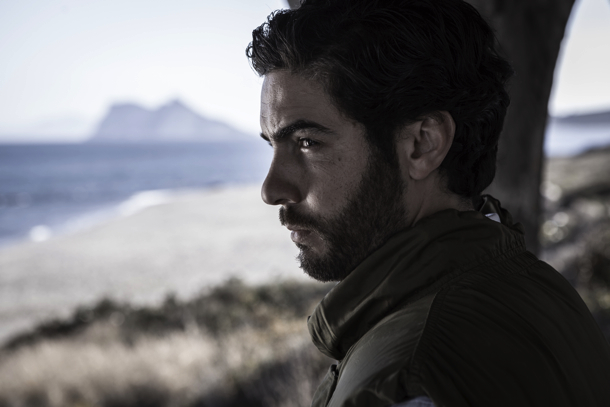 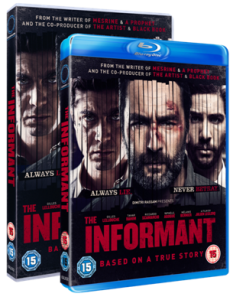 Inspired by true events, Julien Leclercq’s dramatic follow-up to his intense action thriller The Assault, falls rather short of expectations kindled by its predecessor and an action-packed, smouldering first half.  An atmospheric opening sees the morning mists rising on the sunny, drug-addled Mediterranean port of Gibraltar, where a French expat is stuck between the devil (drug traffickers) and the deep blue straits (corrupt customs officials), adapted for the screen by scripter Abdel Raouf Dafri (A Prophet).

Gilles Lellouche (Point Blank) leads the action as Marc Duval, a struggling French bar-owner who lives in the Rock with his wife (Raphaelle Agogue) and child.  He strikes a deal with a local customs officer (a bearded Tahar Rahim) to prop up his ailing finances as an informant; a trade that soon escalates into a nice little earner of which his wife thoroughly disapproves. But Duval is not really up to the job of international espionage and Leclercq’s initial skill in engaging our sympathies for this ordinary guy stuck in a web of intrigue and sculduggery against his better nature, eventually wears thing, especially when he tricks an Irishman (Aidan Devine) who’s worse off than himself.  Matters deteriorate further (both cinematically and plot-wise) when Duval gets mixed up with seedy Italian crime Claudio (Riccardo Scamarcio) further risking the lives of his wife, child and promiscuous younger sister (Melanie Bernier).

Instead of keeping the suspense on tenterhooks with tightly-plotted action-driven scenes, the narrative become dialogue heavy and over-complex (tough, especially with sub-titles) and starts to lose the will to live, despite a sinister soundtrack and some convincing turns from Rahim, who remains suave and sure-footed in his role and Scamarcio, superb as the venal trafficker; but Lelouche is gauche, to put it mildly.  Thierry Puget’s bleached visuals and chiaroscuro interiors lend sophistication to the proceedings portraying Gibraltar as a sunny place for shady people. THE INFORMANT fits the bill as a respectable crime drama, but feels slightly drugged-up in the final stages. MT

THE INFORMANT IS ON DVD