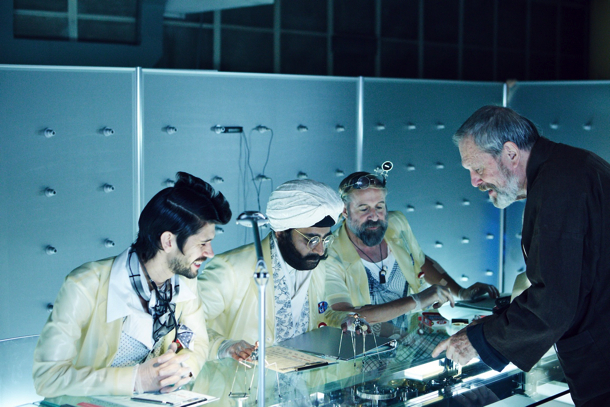 Terry Gilliam is back with a psychedelic mish-mash of mysogyny and male musings: THE ZERO THEORUM is a mathematical formula that seeks to determine whether life has meaning, as seen through the eyes of Christophe Waltz’s middle-aged geek in a dystopian town of the future. Waltz is both perplexed and benign in the role as he’s badgered to settle down and marry by Melanie Thierry’s blonde piece of fluff who taunts him to commit in various states of undress (a typical male fantasy from the warped mind of a commitment-phobe). Gilliam’s fantasy drama explores the nightmare of online, corporate Hell so just hope that we never get there.  Despite some creative flourishes in the Art department THE ZERO THEORUM is puerile, repetitive and overlong.  An acquired taste that will divide audiences: I’d give it a miss unless you love his films. MT