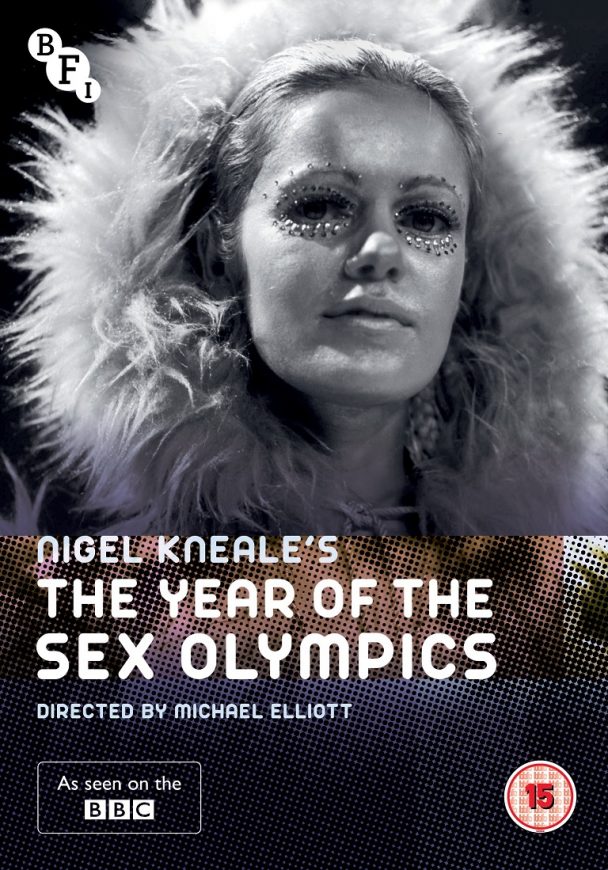 First broadcast by the BBC on 29 July 1968, The Year of the Sex Olympics is one of the most original pieces of television drama ever written, foreshadowing both the likes of Big Brother and Love Island and the sexualisation of digital space.

Unavailable on DVD for many years, on 20 April 2020 it will be re-released by the BFI in a new edition with a host of accompanying extras including a feature-length audio commentary by actor Brian Cox and Nigel Kneale in conversation. Also on the disc is Le Pétomane(1973), a short comedy biopic of Joseph Pujol, starring Leonard Rossiter and written by Ray Galton and Alan Simpson (Hancock’s Half Hour and Steptoe and Son).

Nigel Kneale’s eerily prescient drama is set in a future when society is split into two strata. The low-drives are the passive majority, mentally anaesthetised by an incessant diet of TV consisting largely of pornography. Television, and by extension the populace, is controlled by the high-drives, an educated class engaged in a perpetual quest for better ratings and audience subjugation. But when the low-drives become increasingly uninterested in the programming on offer, production executive Ugo Priest (Leonard Rossiter,  Rising Damp, The Rise and Fall of Reginald Perrin) and his team happen upon a new concept: reality TV.

The Year of the Sex Olympics was originally broadcast in colour. At some point after that single broadcast, the original colour tapes were erased and all that remains is a black-and-white 16mm telerecording which has been remastered by the BBC for this release.