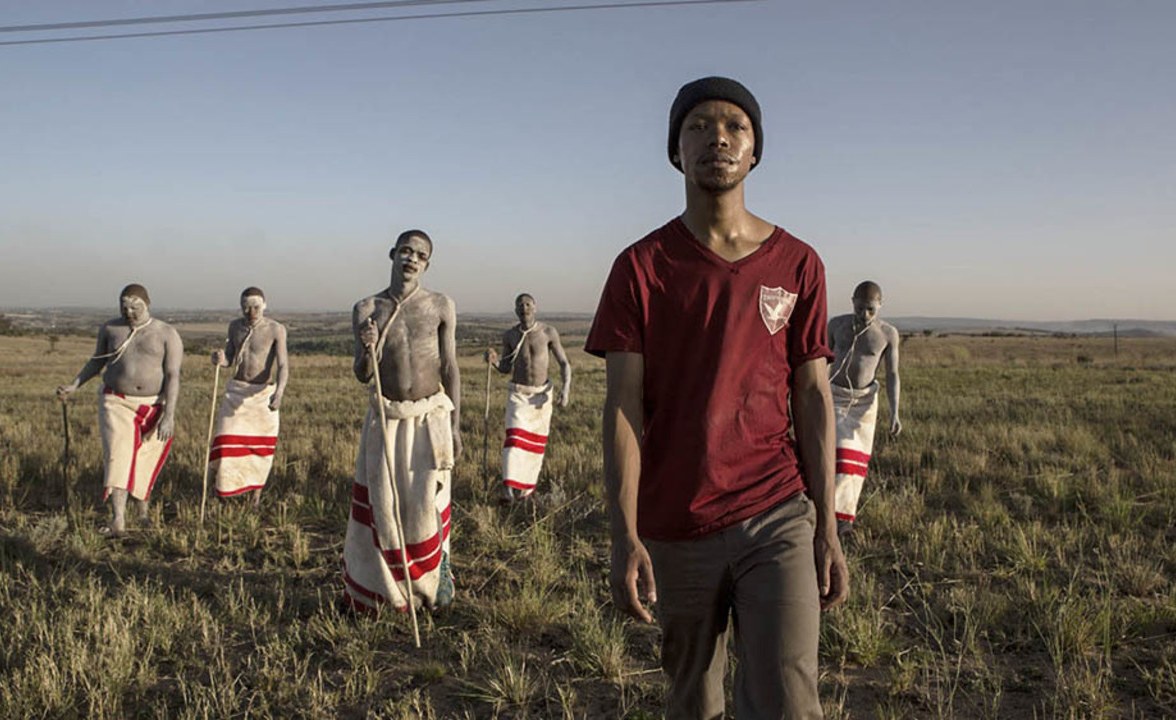 Best known for his TV series Hopeville and his short film iBhokhwe (The Goat) that tackled the subject of male circumcision, this is John Trengrove’s feature film debut and explores the experiences of a typical young factory worker in an extraordinary contemporary story that feels as if it could have taken place a hundred years ago. THE WOUND proves that an all-male environment can generate a dramatic range of tender and aggressive emotional expressions, where the taboo of homosexuality and masculinity are concerned.

Xolani (played by singer Nakhane Touré) is from the Xhosa, a South African tribe inhabiting the areas round Cape Town and the Eastern Cape. Every year he travels to a remote region in the mountains to take part and act as a care-giver in an annual circumcision ceremony. Women are not permitted to join the activities where the men paint their bodies in alarming designs using white ochre, as they immerse themselves in a coming of age rites of passage. One of the men Xolani meets is Kwanda, a middle class boy from Joburg undergoing his initiation, sensitive and perceptive, the young man quickly picks up on Xolani’s own homosexual identity.

This a gripping and immersive film that slowly generates tension from the mens’ needs to comply with their traditional environment while also satisfying their own emotional and sexual impulses. It gradually emerges that the melancholy Xolani is also there to cement his rather one-sided relationship with fellow married care-giver Vijami. But contrary to our expectations, Kwanda actually supports Xolani’s secret and idolatrous bond with Vijami rather than exposing him, adding another twist to this textured storyline. The magnifcent scenery, compelling narrative and subtle characterisations make this a watchable drama and a strong directorial debut for Trengrove. THE WOUND would make in interesting companion piece to Ousmane Sembene’s female circumcision story MOULAADE. MT