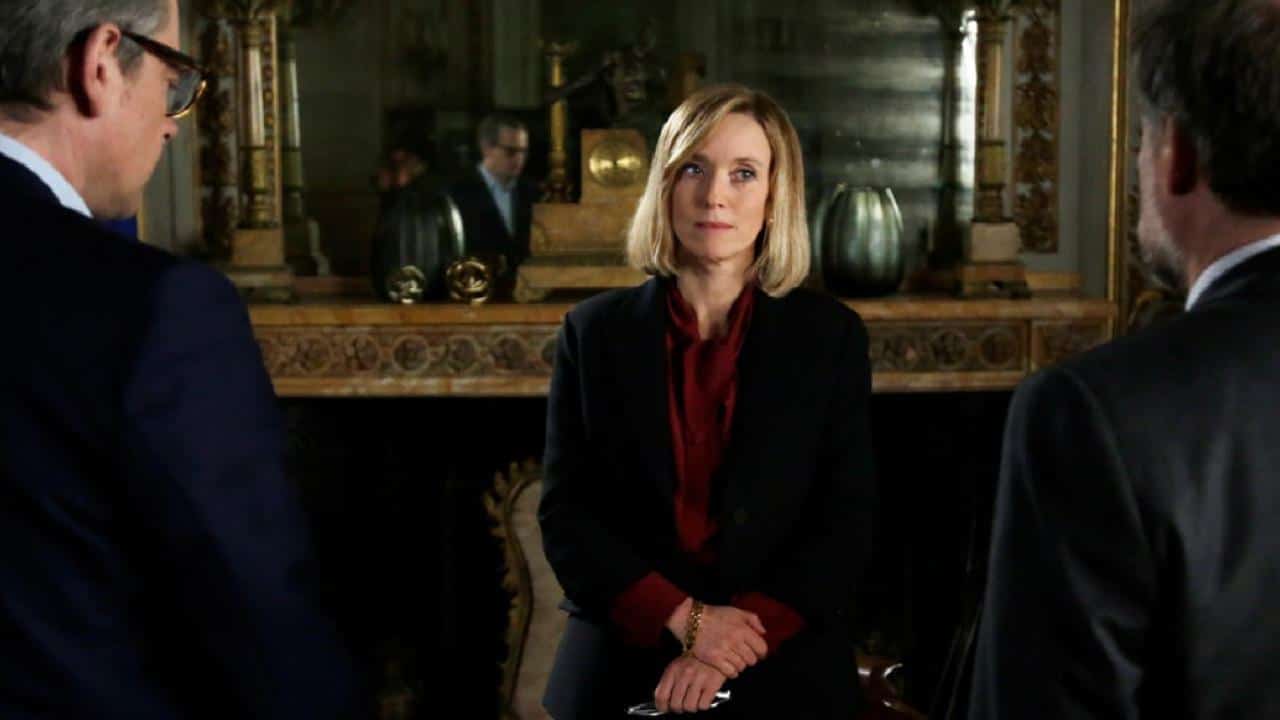 Elisabeth de Raincy, the French President, has decided to withdraw from political life. Three days before the first round of the presidential election, she learns from her Secretary-General, Franck L’Herbier, that a scandal on a Russian news site will splash her designated successor and propel the right-wing candidate into the Elysée. They have three days to change the course of History.

Inspired by Stefan Zweig’s 1934 novel depicting the stability of the Austro Hungarian empire before the catastrophe of the First World War, this tense political character drama co-written by niche French director Diasteme (French Blood) is a timely reminder of how history repeats itself particularly with the French general elections coming to a head with the threat of major change.

Essentially a three hander this plush and persuasive political thriller unfolds in the elegant surround of the Elysee Palace where de Raincy – an impressive Lea Drucker – is concerned with her political past and her teenage daughter’s need for attention too as she faces difficult choices in a world that is clearly dying out. MT