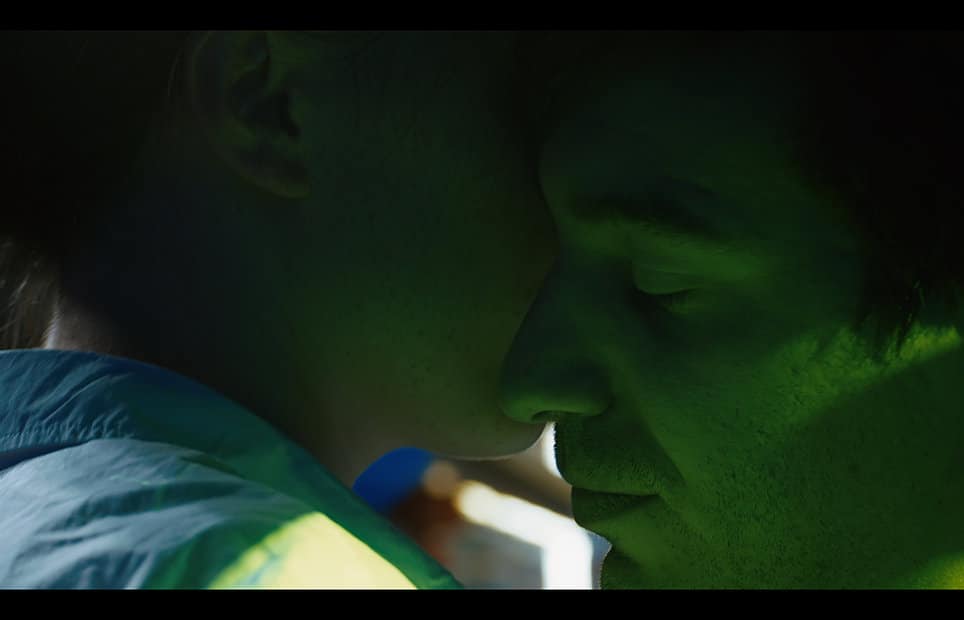 The World After Us | Le Monde Après Nous | Berlinale Panorama 2021

Louda Ben Salah-Cazanas’ first feature is best described as ‘Truffaut for the 21st century’. The struggling main protagonist, a young writer, suffers all sorts of setbacks and a strained parental relationship but it will all come together (rather too) neatly in the end. Well acted and photographed by Amine Berrada in realistic images of the two main cities of France, this is a surprisingly tame debut.

Young Labidi (Gabrielli) has written a successful short story and his much older friend Vincent (Chirinian) drags him to off to a publisher, who signs an option for the forthcoming novel after reading the two first chapters. But Labidi, who spends much time in the cafe run by his parents (Bentaïeb/Molot) falls spontaneous in love with another cafe habitué in the shape of student Elisa (Chevilotte).

Love at first sight is a challenge for Labidi, forced to share his living space with the obese but caring Aleksei (Da Costa), so he decides to  an expensive flat for some privacy with his new love, although his work for Deliveroo doesn’t even cover the rent, and the writing slips to the back burner in a frantic search for new income streams.

After pulling off a successful insurance fraud, he gets work at an optician where his superior Suzanne (Schmidt) tests his knowledge on customer service. Elisa then go back to live with her mother, and his father dies leaving him with a huge guilt complex: he’s lived off the bank of Mum & Dad for most of his life.

Aleksei turns out to be a really good friend after Labidi suffers more bad luck, Vincent accidentally viewing Labidi’s autobiographical sob story – rather than the putative novel. Vincent is particularly infuriated by the title of the outpouring  – which happens to be the film’s title: “This is a title for a bloody French independent film!” While Labidi makes a last ditch attempt to get Elisa back, Aleksei complains about his girlfriend Hyacinthe (Blanc) never giving him a ring. Asked by Labidi “When did you speak to her last”, Aleksei responds “Two hours ago, but I think of her more than she thinks about me”.

The witty dialogue is very amusing but there’s something missing here – and it’s a general lack of social context and thematic monotony. The characters live in a bubble with Labidi’s need for money being the only source of tension; no mention is made of wider-ranging themes. Nowadays a feature debut where the narrative is so disengaged from the general zeitgeist is unusual, particularly in a world where there is so much dramatic potential to be mined and where gender stereotypes are seen as unfashionable. AS