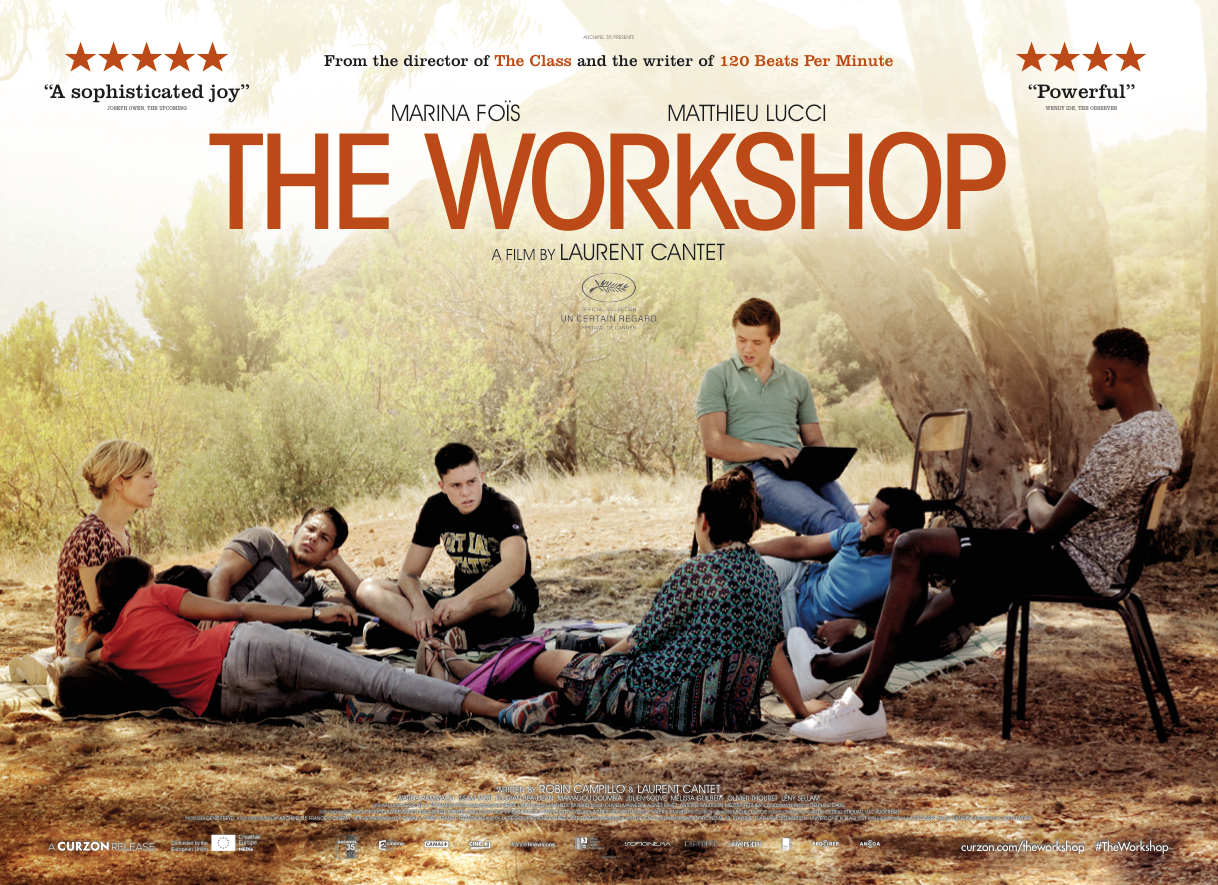 Laurent Cantet follows his middle-aged rumination Return to Ithaca (2014) with an equally unsettling but darker teenage drama that takes place in a multi-cultural summer school in Provence. Youth is a subject he’s covered before in his Palme d’Or winner The Class (2008) but here the region’s working class past come back to haunt the instability of the present providing an intoxicating mix of emotions in a tense, intelligent and socially relevant drama.

The film follows Antoine who is taking part in summer school in rather downtrodden town of La Ciotat, where he hopes to write a crime thriller novel with the help of a well-known author Olivia Dejazet (Marina Fois).  Joined by seven other local teenagers from the town which has seen better days as a centre for shipbuilding – today the docks just service luxury yachts.

Whilst most of the students are critical of Dejazet’s Parisian “snootiness”, they still co-operate  – apart from Antoine (Lucci). He is provocative to both teacher and co-students, shocking them with a piece of gruesome writing, describing a mass-killer, and told in the first person singular. Downtime is spend hanging around the area, in one instance with an unlicensed firearm.  Antoine has already been playing the popular video game “The Witch3: Wild Hunt”,  where he choses the role of a Viking killer-for hire. Malik (Rammach), a young Muslim woman, is Antoine’s fiercest critic, as he continues to undermine the project, upsetting everyone with his unruly attitude. Dejazet feels hopeless – not used to open racism and Antoine’s perverse love of violence – then she tries to help him. But her efforts end in a traumatic encounter, and Antoine gives himself away: he describes the main motive of the Bataclan perpetrators as boredom, a very astute projection, considering his activities with other far-right friends.

Antoine might not have the intellectual prowess of Drieu La Rochelle, the nihilist hero of Louis Malle’ s Le Feu Follet, but there are certain parallels: both men prefer male company, the home-erotic undertones are very clear. Like many fascists, they are obsessed with death and suicide (La Rochelle killed himself in 1945 after being a collaborator), and their relationship with women tends to be antagonistic: their masculine pride does not allow them to come emotionally close to women. Antoine is a gun for hire, his phantasies of obliteration are as much directed at himself as others.

Regular collaborate Robin Campillo, who also worked on Entre les Murs with Cantet, constructs an ambivalent relationship between Dejazet and Antoine: both are aware of their social differences, but in spite this they are somehow attracted to one another. Their relationship develops into a separate story, whilst the other six students try to write their own crime novel. DoP Pierre Milon uses impressive panoramic shots, showing the empty docks, then returning to the intimate scenes of collaborate writing, without breaking the fluent movement. Cantet’s direction is  sensitive, he never denounces Antoine, seeing him as a victim of change: once he would have found a spiritual home with the dock workers, but now he is alienated and bitter. L’Atelier is a story of disenfranchisement, and storytelling – with the author as teacher, but one who’s not always in control.

ON RELEASE NATIONWIDE FROM 16 NOVEMBER 2018