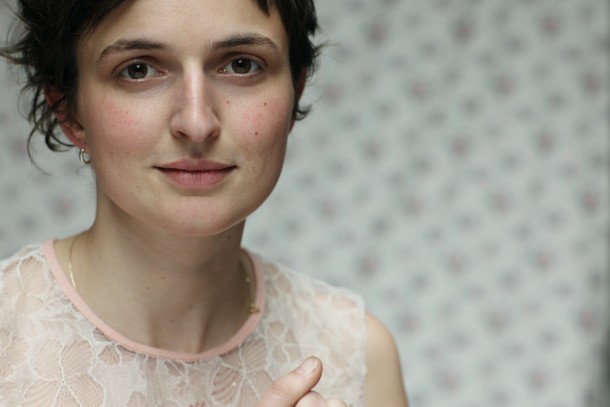 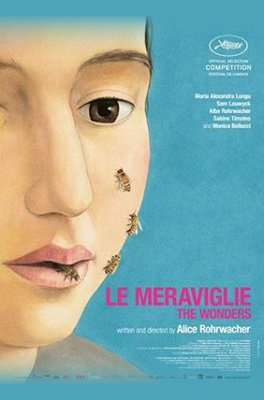 Writer/Director Alice Rohrwacher’s debut feature Corpo Celeste was a delicate coming-of-age drama that had a brief outing in London cinemas in 2011, introducing us this new director. She returns with THE WONDERS another wistful but sure-footed rites of passage tale of an enigmatic family of bee-keepers, eking out a living in challenging circumstances in rural Tuscany. This time our heroine is 13-year-old Gelsomina (Maria Alexandra Lungu), the eldest of four daughters who work hard in this cottage industry, helping their father with the hives and honey bottling.

Rohrwacher’s restrained, impressionist approach creates a vague feeling of suspense that allows our imagination to wander and luxuriate in this magical story. A palpable tension is felt amongst the sisters as they carefully spin the honey and decant it into plastic buckets and jars without losing any of the precious nectar in the process. They tiptoe round round their cantankerous father who lives in the fear that colony collapse disorder or contamination with ruin the family’s future. Gelsomina absorbs all this angst at a time where she is also growing up and finding her feet as a young woman and the second in command of the business, and all the responsibilities involved.  Out of the blue, the police entrust the family with a teenage boy delinquent who needs rehabilitation into the community. They are then asked to take part in a TV competition for local farmers to enter their produce – Gelsomina develops a teenage crush for the glamorous presenter in the shape of Monica Bellucci – who dazzles the impressionable girls. The preparations are fun but nerve-wracking involving national dress in local Etruscan costumes. Rohracher’s bitter-sweet depiction of teenage awakening is brought to life by Pina cinematographer, Hélène Louvart who beautifully captures the young girls’ dreams and anxieties while growing up in the country. THE WONDERS is naive, surreal and absolutely enchanting. MT