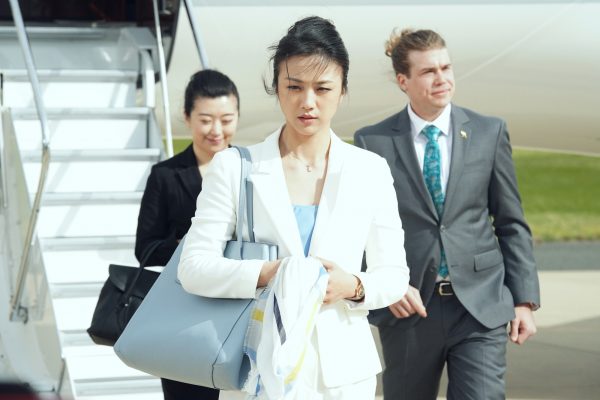 Love on the run meets environmental thriller in this over-ambitious feature debut from Chinese director/writer Xue Xiaolu (Ocean Heaven). The sheer pace and chemistry of the leads is bogged down by an overlong and convoluted storyline. What Xue really wanted to make was a complex love story rather than a high concept feature.

The film opens with an  earthquake causing a massive death toll in a remote region of Malawi. Meanwhile in Australia, an outfit called Eco Energy Technology sends rescue teams out to help the victims and joins forces to celebrate a clean energy project with Chinese Eco Company Han Coal Group on a coastal resort in Queensland.

Chinese expatriate Mark (Jiayin) is off to Africa where his former girlfriend Wen (Wei) is now married to the Chairman of Han Coal Group. The two find themselves in bed again, Wen missing her flight and narrowly avoiding death when the plane crashes, leaving no survivors. Meanwhile Peter (Wang), a diabetic is found dead at the resort, everything pointing to suicide by insulin overdose. Two weeks later, Mark having returned to his wife Judy (Qi) gets a phone call from Wen, who is alive and on the run from her husband who uses Harrison (Batchelor) to hunt her down. Wen and Mark are not only trying to save their lives, they also have to solve Peter’s death seemingly at the hands of Harrison, just like Tom Baker (Cousins), an engineer at the Malawi site of the company. He had warned the company that their procedure of energy supply was anything but clean: it actually caused the earthquake. Having enough proof of Han Coal Group’s compliance in the accident, Mark finds out that Wen has double crossed him twice, blackmailing her husband for ten million dollar, and keeping the findings to herself. With Judy losing trust in him, Mark has to make a final decision: can he trust Wen for a third time? High octane stuff and entertaining none the less. AS