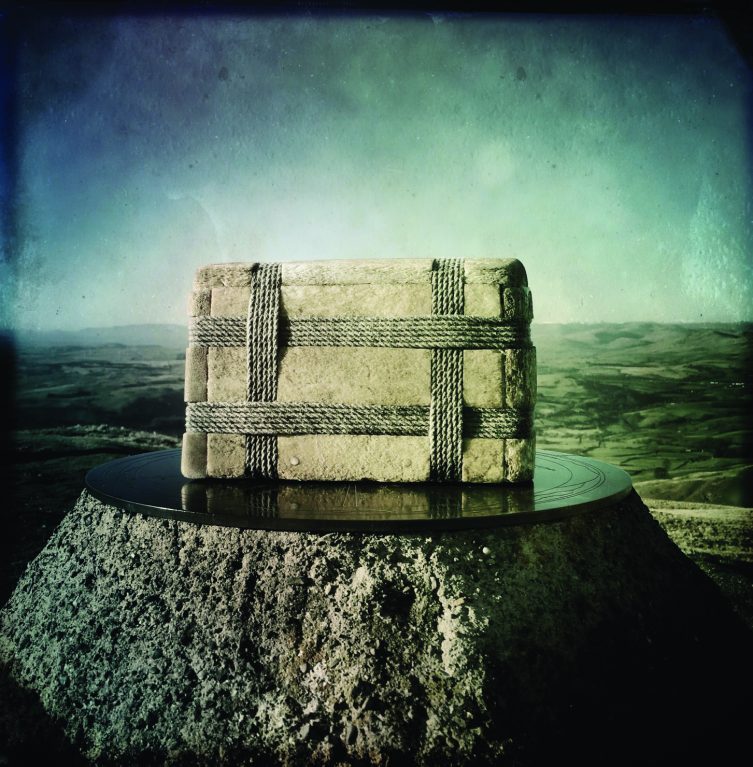 Artist, writer and director Andrew Kötting has built up a string of quintessentially British films. The Whalebone Box is another of his experimental jaunts made with his regular collaborator Iain Sinclair, and the photographer Anonymous Bosch.

Discovered in LondonM the box in question is bound in fishing nets and reputed to convey healing properties in the Scottish town of its origin, which is desperately down on its luck. So the two men start their eventful journey north to return it to the Scottish home of the sculptor Steve Dilworth, a Hull native who has settled on the island of Harris, in the Outer Hebrides.

What is the secret behind this enigmatic container? Is it a relic, a survivor from a mysterious shipwreck, or a magical totem?. The mystery gives rise to an expedition suffused with evocative reveries, drenched in strange fairytales, folklore, dark humour and sonic interludes. The travellers are gradually mesmerised by the power of this enchanted object which gradually becomes “heavier and heavier, turning into a different substance”,

A parallel strand intertwines with the 800 mile pilgrimage, this features Andrew Kötting’s daughter Eden, who has already appeared in several of his earlier films. Eden suffers from Joubert’s disease and her presence lends an eerie vulnerability adding texture to the fascinating narrative. From the depths of her sleep, or adorned with a magnificent crown of flowers and binoculars, she is the film’s muse and guide, attempting to interpret the strange and mystical goings on. But so is a whale with its mournful atavistic cries – embodying nature’s suffering at the hands of humanity.

As usual there are cul-de-sacs and detours, and these feature the dead poets Basil Bunting and Sorley MacLean and the sculptor Steve Dilworth – the film also borrows from Pandora and Moby Dick and takes its 10 chapter headings from Philip Hoare’s novel Leviathan, or the Whale. One thing is sure – the box must never be opened, and therein lies a sense of anticipation and wonder – little did the men know the delirium they would unleash. Eventually they reach the white sands of Harris where they intend to return the box to its original resting place. Shot in Super 8, 16mm this is a strange, haunting and magical film. Just watch out for the post credit sting. MT