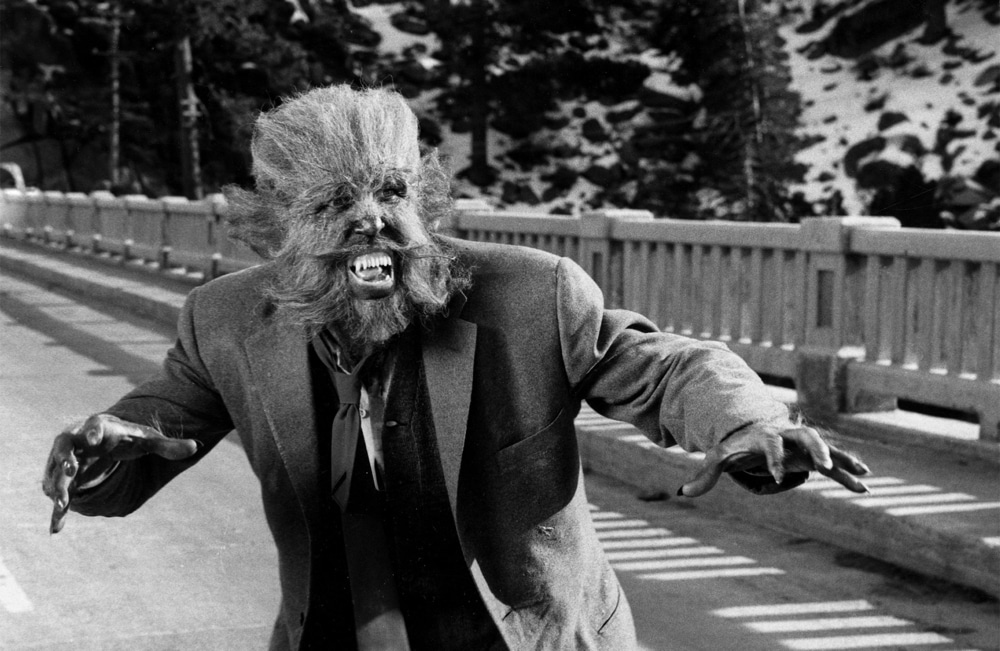 This quickie by Sam Katzman & Fred Sears brings the legend up to date by setting it in a very contemporary world of bars and juke boxes. As usual the werewolf is treated sympathetically as a tortured soul doctors are desperate to help (his first human victim being a mugger whose throat he rips out – and the local police don’t display the usual bloodlust in pursuit of their quarry (the sheriff with admirable understatement asks “How do you explain a thing like this to his wife and his kid?”)

Steve Ritch portrays the title character as a pitiful soul and you really feel for the poor fellow when he shrieks in pain when he steps into a beartrap. He’s actually far more effective as a human being than a wolf (because Columbia owned the copyright they were able to reuse the makeup that Andreas wore in ‘The Return of the Vampire’ along with a couple of uses of that film’s theme).

The subplot concerning the activities to two renegade scientists makes the film feel unneccessarily cluttered, but the climax on a bridge in the Bear Lake Valley is at least worth waiting for (SPOILER COMING:) when they finish him off not with silver bullets but good old fashioned rifles.@RichardChatten