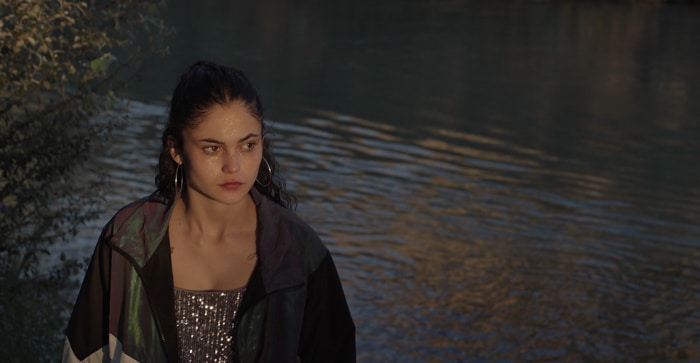 In a small village in south-eastern Spain legend has it that certain women are destined to disappear when the river bursts its banks during the summer storms. And this popular myth forms an intriguing premise for first time filmmaker Elena Lopez Riera, whose fantasy drama The Water screens in this year’s Directors’ Fortnight.

In the sultry heat of summer evenings the riverbank would be a perfect place to hang out if only it wasn’t for the foul stench of the water which has almost become a joke for the local teenagers who find the best way to ignore is by chain-smoking, flirting and dancing the night away. The unusual phenomenon is then explores through the love affair of Ana (Pamies) and José (Olmo) fall for each other in the intoxicating atmosphere leading up to the storm. Their lust for each other connects with the female myth that has been past on by other women in the village particularly Ana’s mother (Nieve de Medina) and her grandmother, who shares some naughty memories of her own antics as a newly married woman.

Lopez Riera skillfully combines interviews with other local women and aerial footage of the flooded village from the archives and deftly interweaves these to create a visually alluring and thought-provoking fantasy drama based on anecdotal evidence. The Water is an inventive ethnographical portrait of modern Spain that fuses reality and folklore into an impressive arthouse drama. MT