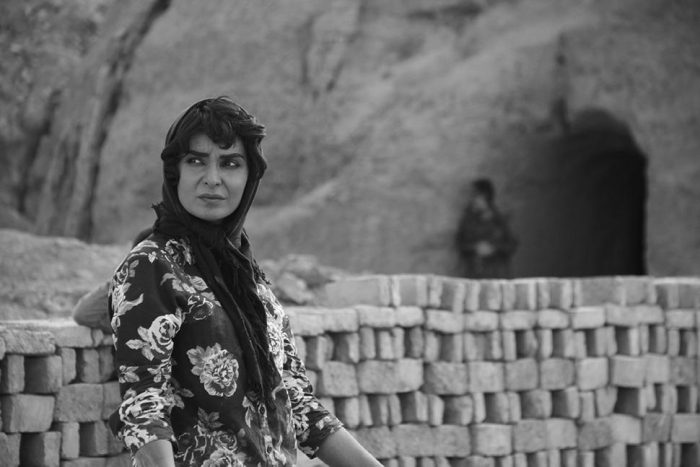 Ahmad Bahrami’s second feature is a work of stark elegance in contrast to its soulful setting in a remote mudbrick factory on the verge of shutdown in a dusty corner of Iran. A metaphor for modern Iran The Wasteland echoes Mohsen Makhmalbaf and Abbas Kiarostami in its chiaroscuro grace and artful framing and nothing is spare in a storyline that gradually smoulders to a coruscating conclusion.

Workers of varying cultures and creeds toil tirelessly in the searing heat their simmering resentments felt but barely seen until the shutdown of the factory is imminent, the boss no longer able to finance a traditional concern in a world that has changed forever. The building trade is using concrete and other sustainable products and the traditional art of compressing and baking earth into rectangular blocks has no place in the 21st century.

Forty year old Lotfolah has dedicated his life to the factory as foreman and supervisor – man and boy – now he has nowhere to go with his only companion, a trusty horse. The workers look to their boss for the future but he cannot sustain them. He must settle up their wages and send them on their way to the city. Up to now they have been united in their differences focussing on a common goal. But petty resentments and quarrels now start to break out and the smouldering environment fires up their bitterness. Ebrahim, an Azerbaijani Turk, is in love with an Iranian girl called Gohar. But her father Mashebad has other plans for his daughter back in their village. Kurdish Shanu insists on wearing a sleeveless teeshirt much to the anger of the Muslim men. But he has more pressing problems to sort out, with a father on death row. An intense undercurrent of emotion burns between Sarvar and Lotfolah who has set his heart on a future for the two on them. But Sarvar remains an enigma, proud and silent. Scenes of her in quiet contemplation against the backdrop of factory arches are amongst the most inspired in this arthouse treasure that uses academy ratio to set the action firmly in a distant era unconnected to the modern world yet reliant on it for survival.

Ahmad Bahrami uses a clever narrative device that centres on the factory owner’s announcement that the factory is to close.  This speech is played out five times throughout the first half of the film, and each time it accumulates, another part added to the existing message, the camera taking the POV of each workers, their story is then amplified into its own vignettes. The worker then returns to his family and after a discussion they eat and go to sleep.

But Lotfolah is alone in his life and we feel for him. Ali Bagheri gives a monumental and thoughtful performance that conveys a weight of emotion simmering under his mournful demeanour. As his co-workers slowly pack up and go he remains a figure of quiet desperation going about his business as diligently as in the past. And in the final act a feeling of gloom and despondency builds towards a doomladen finale. This sober end of worlds thriller came to the Venice Horizons competition modestly without noise or representation standing its ground as a minor masterpiece. MT