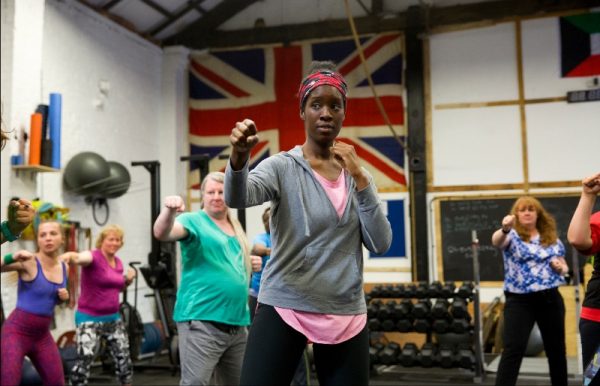 Uncertainty is the watchword of our troubled times here in the United Kingdom. Covid 19 has wreaked havoc on every aspect of life, changing the future forever. And Brexit still casts a long shadow, nobody knows what will happen – or when. Shot on a shoestring budget, and none the worse for it, this string of short films reflect an era of ecological meltdown and social unrest, and division underpinned by the breakdown of family values.  Jobs for life are a distant memory, and the new gig economy culture produces more losers than winners. Apart from the long on-going geographical North-South split, a new chasm has opened up between the great urban metropolises and the rest of the country. There are no apparent solutions in a modern society fraught with doubt, disbelief and discouragement.

ERNIE by Ray Panthaki is symptomatic of the current political climate. A meek caretaker falls under the spell of his right-wing father, leading to tragedy. Carol Salter’s LEFT COAST is a Blackpool-set documentary, the Big Dipper still the only symbol for much better times. Travelling further afield, Paul Frankl’s magic realist drama THE LIFE TREE sees a mother discovering a tree whose magic supernatural powers could cure her son’s illness. Equally unexpected is Sophie King’s SWAN, channelling the spirit of Monty Python, in a curious tale about a man’s transformation into a swan. If one had to select one of these, it wold be VERISIMILITUDE by David Proud. It is the story of wheel-chair user Bella (Ruth Madeley), an actress with motor skill issues who lands a job teaching young actor Josh (Laurie Davidson) how to act with her afflictions for his latest role, only to find her owns hopes and dreams realised. AS