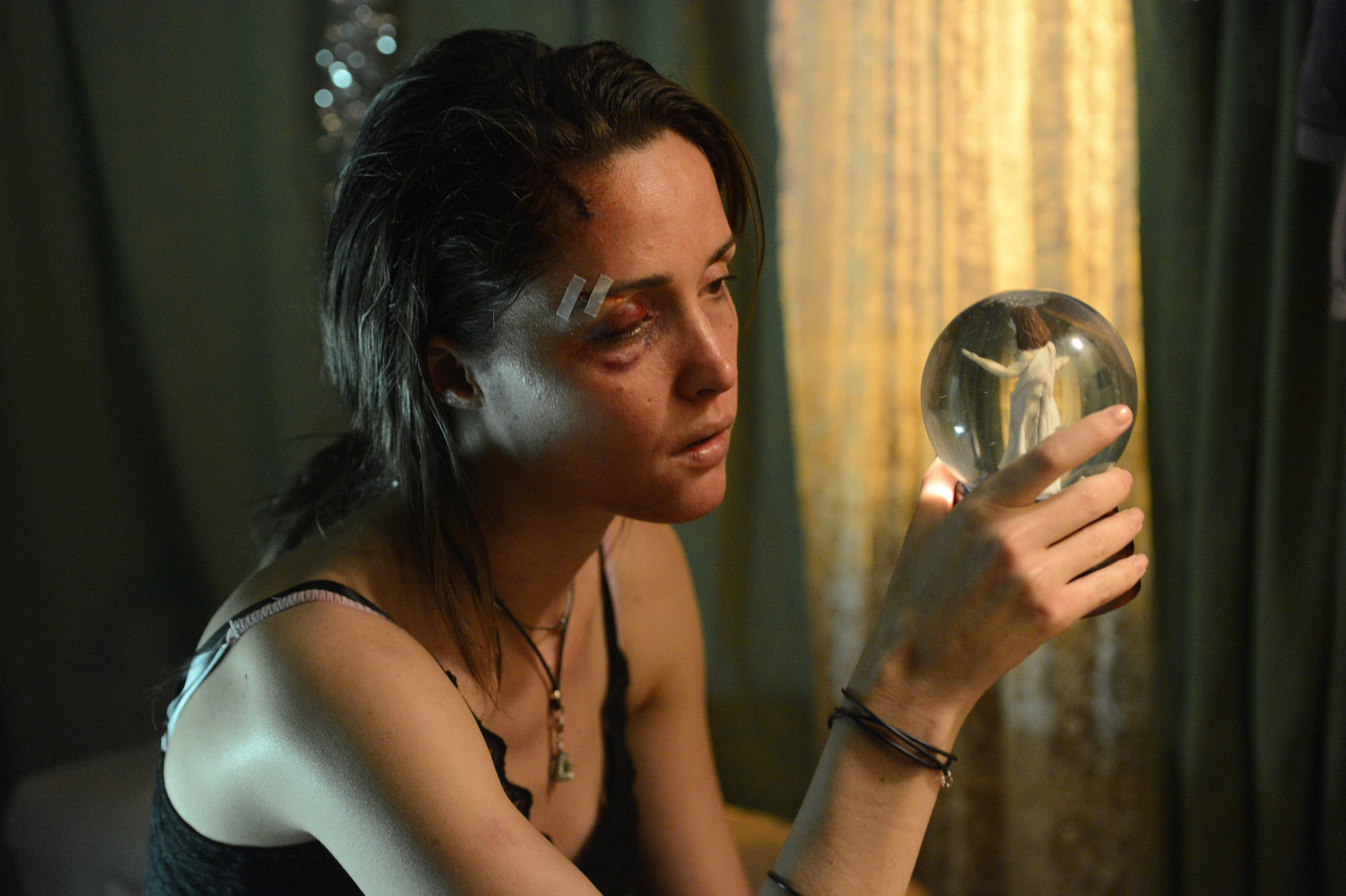 Even though the original format of THE TURNING had 180 minutes of running time and seventeen episodes, this shorter version, featuring only nine segments of the book of the same title by the Australian writer Tim Winton and the brainchild of producer Robert Connelly, is still very impressive. Somehow one would have liked to watch the full version, where the central character of Vic Lang is played by eight different actors, of varying age groups – with his wife Gail and his father Bob represented also by different actors.

But we are still left with a convincing picture of the not-so-sunny-side of Australia, where the over-riding optimism and material indulgence is replaced by sorrow, guilt and alienation. In REUNION Gail (Cate Blanchett) and her husband Bob (Hugo Weaving) celebrate an awkward New Year: egged on by Bob’s mother, their search for a relative ends up in a stranger’s house, where the two women end up in the swimming pool, to the annoyance of Bob, a police officer. Somehow we get the feeling that this displacement is not the first – Gail and Bob’s relationship is more than fragile. When she congratulates herself “on the best new year’s party for years’, we know how bad things are in her marriage, in spite of the couple’s tentative tries at some reconciliation. A macabre version of a marriage on the rocks.

Actress Mia Wasikowski’s debut as a director, LONG, CLEAR VIEW is a sensitive observation piece of a teenager’s sexual awakening – even though the girl he is courting is much more experienced then him, he is stubborn in his attempts, and, in the end, overcomes his shyness in a dramatic finale. The coastal setting contributes very much to the success of the film: this is not a glorious beach bathed in sunshine, but a dreary, lonely place, where people make a living from fishing. Never sentimental, LONG CLEAR WAY is a fine character study.

Staying with youth, Warwick Thornton’s BIG WORLD is a portrait of two young men, Biggie and Davo, already disappointed with life after working in a meat factory after leaving school. Their unsatisfactory grades prevented them going to university, and what was once a Saturday job, has become their life. They pick up a young hitchhiker, Meg, who falls for Biggie, who has so far had no success with women. Davo, until now the more successful of the two, is extremely jealous. The last word goes to the narrator, foretelling Biggies demise in an accident, and Davo’s uneventful life. BIG WORLD shows a moody, pessimistic outlook, reality overtaking any dreams the protagonists ever had.

THE TURNING by Claire McCarthy is outstanding. Set in a dreary trailer park near the ocean, Raelene (Rose Byrne) tries to leave her violent husband Max (the same character already showing signs of violence as a child in the episode SAND). When Raelene meets Sherry (Miranda Otto), a born-again Christian, who is married to an ex-alcoholic, still fighting against a relapse, a whole new world opens to her: Sherry shows her an alternative world. Raelene is impressed, but a new, even more vicious attack by her husband, drives her not into leaving him, but leads to a tragic end. Atmospheric and impressively acted, THE TURNING is a little gem.

With most of the other episodes it shares a multitude of great camerawork, which leaves the audience with a rather harrowing vision of Australia, where most of the fragile protagonists seem to teeter on a brink, a step away from falling over the edge of the world. The narration helps to sustain a literacy quality throughout. MT

ON GENERAL RELEASE FROM 6TH FEBRUARY 2015