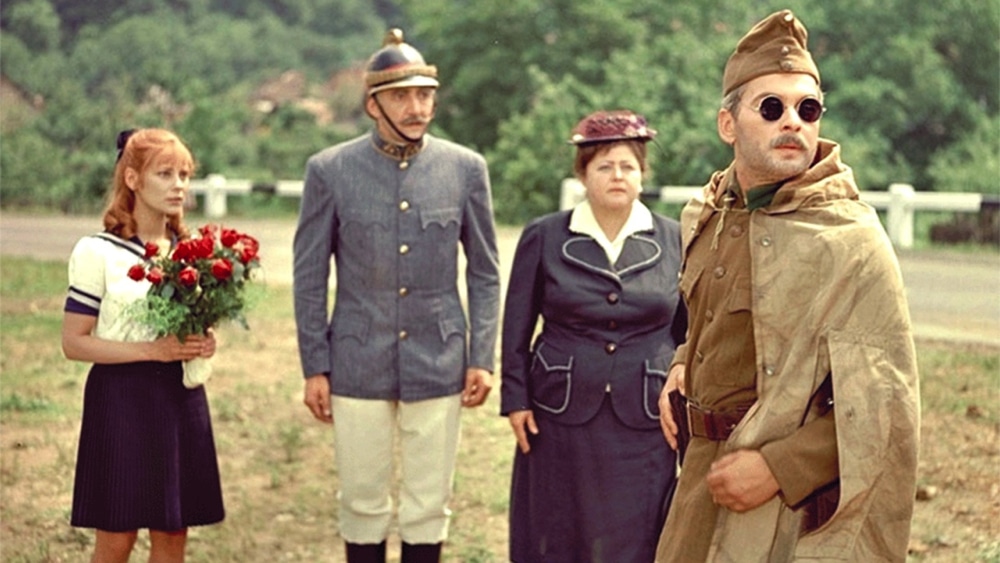 Zoltan Fabri’s amusing dramatic farce serves as a well-veiled metaphor for Stalinism. Adapting from Istvan Orkeny’s novel ‘Totek’, the Hungarian director was first and foremost a humanist whose films successfully smuggled their subversive subtexts through the censors as here in this lively social satire that couldn’t really offend anyone.

It all takes place during 1942 in a village in Northern Hungary where the peaceful existence of the Toth family comes to an abrupt end with the arrival of their son’s regimental superior, on sick leave. Father Lajos (Sinkovits) the naive head of the fire brigade, his plump wife Mariska (Fonay) and their doting daughter Agika (Venczel) find themselves lodging and entertaining the paranoid war-weary Major Ornagy (Latinovits), catering to his every whim in a bid to promote their son’s army career.

The major really is in a state: the slightest noise makes him jump as he imagines enemy soldiers at every corner and mistakes nighttime shadows for trenches, desperate to avoid them. In an effort to exert control over the locals he puts in place a laborious new system the villages must adhere to involving a series of boxes. Agika develops a crush as chaos reigns and the mentally impaired village postman Gyuri mislays the family’s post, including a letter of vital importance leading to the film’s dramatic finale.

The Toth Family has aged well: its Brechtian narrative serves the farcical content well – the family forced into a futile labour of love while the major is blissfully unaware of the havoc his demanding behaviour is causing. The output of useless boxes is the only direct connection to every-day live under Stalinism, where production of everything but consumer goods was the mantra of the system.

DoP Györgi Illes painterly images and saturated prime colours give the film a traditional, almost fairytale feel. Fabri’s classical approach helped him package his messages discretely – never attracting the same negative attention from the authorities as Miklòs Janscò with his eye-catching modernist style. But the death of Communism also marked the end of Fabri’s output. His final feature Housewarming was made in 1983. AS

COURTESY OF THE HUNGARIAN CULTURAL INSTITUTE