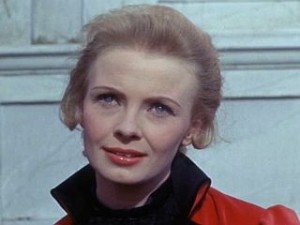 A triumphant exception to the law of diminishing returns that usually governs film series is Roger Corman’s early sixties cycle drawn from the works of Edgar Allan Poe; of which the last three were easily the best. The final Poe adaptation Corman made in Hollywood, The Haunted Palace (1963) – actually based on H.P.Lovecraft’s The Case of Charles Dexter Ward – remains a neglected gem; but the two British productions released in 1964 with which Corman concluded the series both became instant classics. Many – including Vincent Price himself – felt that THE TOMB OF LIGEIA, with which the series concluded, was the best.

Corman was a director who easily became bored if required to repeat himself, and plainly relished the opportunities (and the bigger budgets) provided by his two British Poes. The first – The Masque of the Red Death – was the absolute apotheosis of his original Poe approach, with its Bergmanesque stylized studio interiors and exteriors bathed in opulent Technicolor by Britain’s top colour cameraman of the period, Nicolas Roeg. But Corman then deliberately made a complete break with what had become his house style by taking his crew into the sunlit Norfolk countryside for THE TOMB OF LIGEIA; it’s overpowering visual beauty underscored by Kenneth V. Jones’ wistful score. 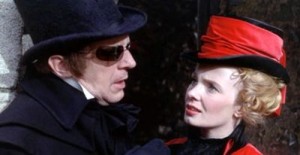 Photographed by Hammer veteran Arthur Grant in ravishing Eastman Colour (which in those days had a distinctly different, softer look to Technicolor), THE TOMB OF LIGEIA was described by Carlos Clarens as “the handsomest of his colour productions” and now looks more ravishing than ever on Blu-Ray; as does the magnificent Elizabeth Shepherd, who brings real presence to the roles of both Rowena Trevanion and Ligiea. A relatively restrained Vincent is excellent as usual, assisted by a solid British supporting cast; but the film belongs to Shepherd. Since 1965 she has been busy both on stage and TV, mainly in America and Canada; but is probably best known to general British audiences these days for getting her eyes pecked out and hit by a truck in Damien: Omen II. In the demanding female lead in Ligeia she is a revelation. As a blonde, blue-eyed English rose she conveys both graceful good humour and robust worldliness as Price’s second wife; while she is absolutely electrifying as her wilful raven-haired predecessor Ligeia, who isn’t about to let a trifling detail like being dead get in the way of reclaiming her husband for herself. RICHARD CHATTEN

NOW ON BLU-RAY COURTESY OF ARROWS FILMS AND VIDEO | WWW.AMAZON.CO.UK