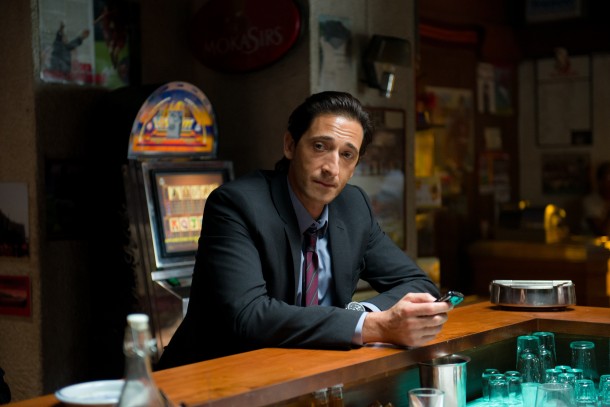 Paul Haggis has worn the label “misunderstood Canadian maverick” for too long – THIRD PERSON is his coming-out into trash films. He wouldn’t have got away with it for so long had the “Oscar” jury in 2005 not shown utter cowardice in preferring Haggis’s Crash to “Brokeback Mountain”. But look at the rest of his writing CV: One speculative script after the next: the Bond franchise’s Casino Royale and Quantum of Solace, Eastwood’s racy Million Dollar Baby and his own directorial efforts with superficial actioner In the Valley of Elah and, more recently, the primitive French re-make The Next Three Days – the latter even seen as a coded metaphor for his break with Scientology.

But with THIRD PERSON Haggis does outdoes even himself, adding soft porn and an utterly misogynist script to his already long list of failures. Using a multi-stranded narrative as in Crash,  he tries to tie together the stories of three couples whose life has been blighted by the loss (or near loss) of a child. In Paris, Michael (Neeson), a writer in his sixties and well past his creative height, is having it off with the fashion journalist Anna (Wilde), a twenty-something who also has another mysterious lover lurking – yes, you guessed right – in another luxury hotel. Anna gives us (and the taxi driver) a good preview of things to come, changing all her clothes for no apparent reason in the backseat, before arriving at her lover’s hotel. Soon we can see Anna and Michael in a rather cheesy sexual clinch, before the author returns to his laptop and his autobiographical novel, having criticised Anna’s own literally output rather harshly and sending her away in a strop. Later, he locks her out of his own room, and Anna has to scamper naked through the hotel (faithfully followed by the CCTV) to reach her own room. Enigmatic phone calls with his wife Elaine (Basinger) show Michael in a more sombre mood with a voiceover whispering “Watch Me” a few times. Finally, we learn the meaning of the title, when Anna reads what Michael really thinks about her, after having been told by his editor (another card-board character) “That women have the ability to deny reality”.

The two other, not really that interlocking, stories are treated with less time and effort: In Rome, fashion spy Scott (Brody) meets hot gypsy woman Monica (Atias) in a café, and follows her to Sicily, having to fork out more and more money to get Moncia’s daughter back from a Russian kidnapper, who threatens to sell her into prostitution. We are never sure if this is a con on Monica’s part, adding more mileage on the misogynist speedometer, which runs to new heights in story number three, where a tearful and utterly useless Julia (Kunis) misses her appointments in a case of child-visitation rights in New York. Julia, an ex-soap opera star, has voluntarily swapped her old job (totally unexplained) to work as an underpaid maid in a hotel. Her vengeful husband, a painter (Franco), accuses her of violence against their son, and Julia has – again – only tears as an answer, whilst his new partner looks on mournfully as the old couple fights.