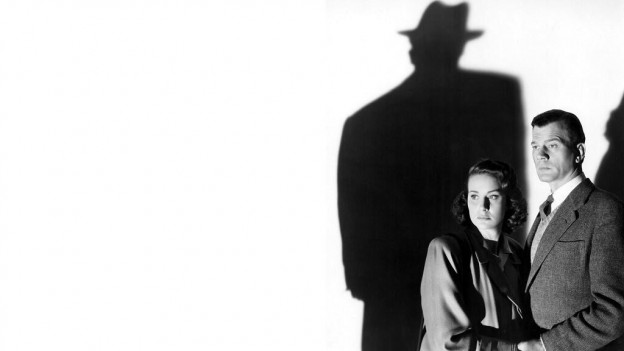 Like many classics, THE THIRD MAN benefited from the director standing up to the producer: Carol Reed insisted on shooting in Vienna (as opposed to an all-studio set), and he also chose Orson Welles to play Harry Lime, whilst (the un-credited producer) David O. Selznick would have preferred Noel Coward. Reed also argued in favour of Anton Karas’ zither music, which carried the film. Finally, Selznick and Reed successfully teamed-up to convince screenwriter Graham Greene to forsake a happy-ending, which would have seen Joseph Cotton and Alida Valli walk out of the cemetery, hand-in-hand.

Vienna in 1949 was a city (like Berlin) divided in four occupied zones, the centre being an international zone where the rule changed monthly between the four powers. Like Berlin, Vienna was a paradise for spies and black marketers; the murky atmosphere producing a background for the beginning of the Cold War. Naïve American pulp fiction writer Holly Martins (Cotton), married to the bottle and always in need of money to sustain his alcohol habit, arrives in the city, because his friend Harry Lime (Welles) has promised him a job. But Holly arrives just in time for Harry’s funeral, where he meets Harry’s girl friend Anna (Valli) and falls in love. Researching the circumstances of Harry’s death, who was supposedly killed in a road accident, Holly encounters three dubious friends of his: Baron Kuntz (Deutsch), Dr, Winkler (Ponto) and Popescu (Breuer), who, it turned out, helped the very much alive Harry in the black market distribution of diluted penicillin. Major Calloway (Howard), all stiff upper lip, shows Holly the victims of Harry’s trade, and hopes to rail him in, to catch Harry. The two friends meet in the Prater’s Ferry-wheel, where Harry gives its famous speech about the Cuckoo’s clock (which was actually not a Swiss, but a German invention), to justify his profiteering, which lead to many deaths. Holly finally gives in and rats on Harry, but Anna warns him, still loyal to the man who saved her life. The rest is (film) history.

Carol Reed, who was a member of the British Army’s Wartime Documentary unit, had DOP Robert Krasker (Senso/Trapeze) shoot THE THIRD MAN like a nightmare vision: instead of the glory of the allied victory, we see bombed houses and equally distraught citizens, who seem to have lost all moral compass. Harry is not alone in his crass materialism, his Austrian helpers, obviously with a fascist past, take full advantage of the new system (democracy), helping themselves to a nice fortune. The shadows are long, images tilt, the light is diffuse and opaque, as are most of protagonists with their shady dealings. But most interesting, is that one of the victims, Anna, a very haughty Alida Valli, sticks to Harry. She sees him as her saviour, never mind the way he made a living. Holly, befuddled, is out of his debt, and in spite of his decision to help the major, hankers after Harry and has lived a much too sheltered live in the USA to even begin to understand Anna – he arrives at a stranger and leaves as one. In The Third Man Reed created the hellish vision of a city between WWII and the Cold War: the human rats crawl in the sewers, morally bankrupt, with no alliances, but surviving at all cost.  AS