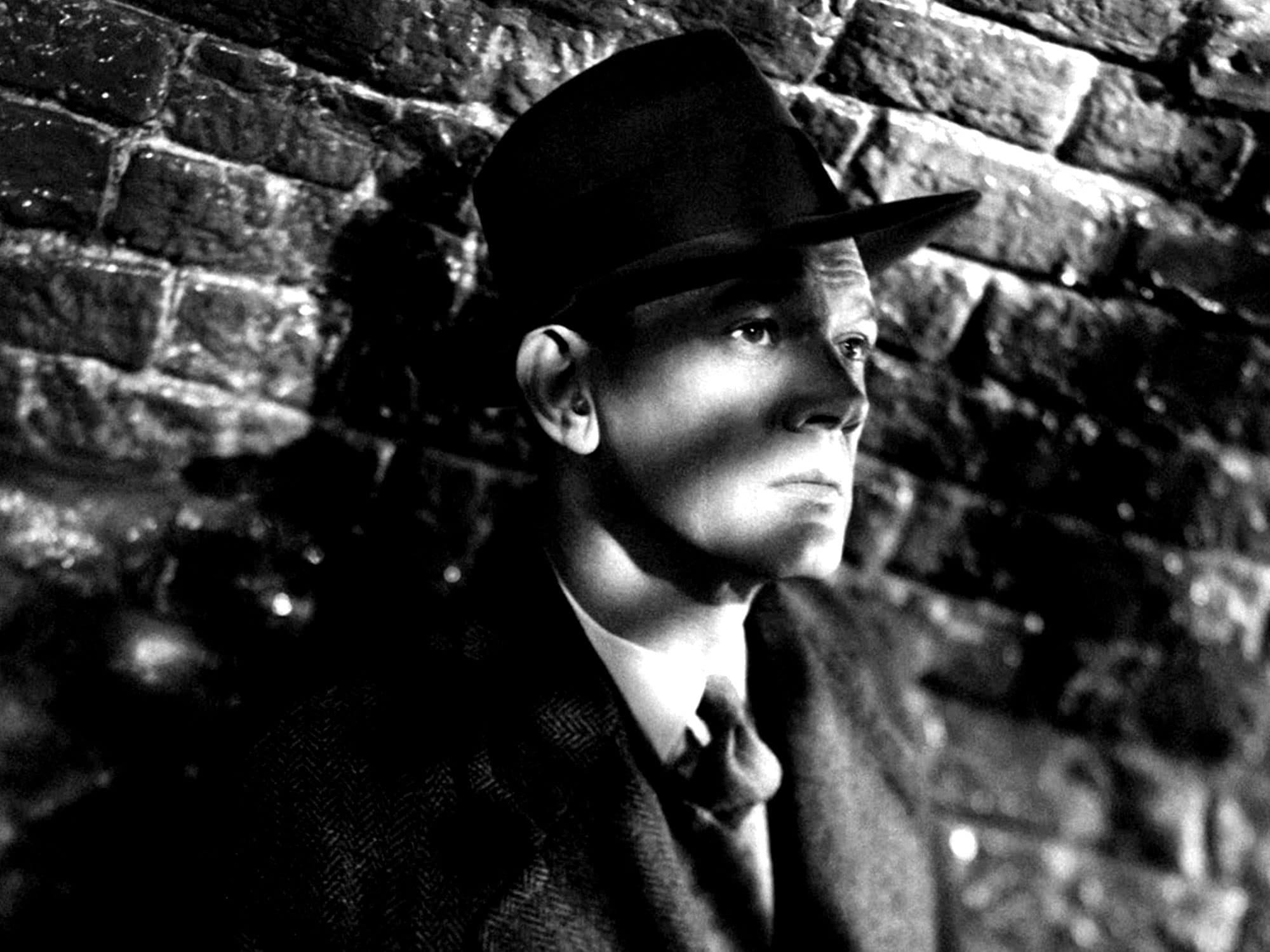 It’s a sign of what happened to the cinema between 1950 and 1980 that if a film had come out thirty years after The Third Man with Joseph Cotton, Trevor Howard and Orson Welles in the cast you’d have known it would be garbage; but in the forties the result was pure gold.

Harry Lime’s speech about the cuckoo clock always seemed to me just sophistry and his remark about people being just dots to him reveals that he’s a sociopath for all of his charm; which necessitated him (SPOILER COMING:) killing the film’s most likeable character to justify his comeuppance (a moment that always comes as a shock to me no matter how many times I see it).

Although it seems starkly realistic, The Third Man is a triumph of artifice, since Welles is only in the film for about ten minutes (he wasn’t actually in Vienna for much longer, which is why you so seldom see his breath in closeups). The sewers in Vienna don’t actually provide the unbroken passage throughout the city the film so vividly suggests and the famous final shot in the cemetery wasn’t shot by Oscar-winning cameraman Robert Krasker, but an uncredited Hans Schneeburger (who did get a credit a few years later for his second unit work on Carol Reed’s The Man Between).

The opening narration by the way (only heard in the British version) is by director Reed himself (who’s fingers are seen coming through the grill at the climax). And two of my favourite moments belong to Bernard Lee: his admiration for the craftsmanship that went into Valli’s forged documents and his reassurance when reading through her love letters, “That’s all right miss, we’re used to it. Like doctors”. @RichardChatten