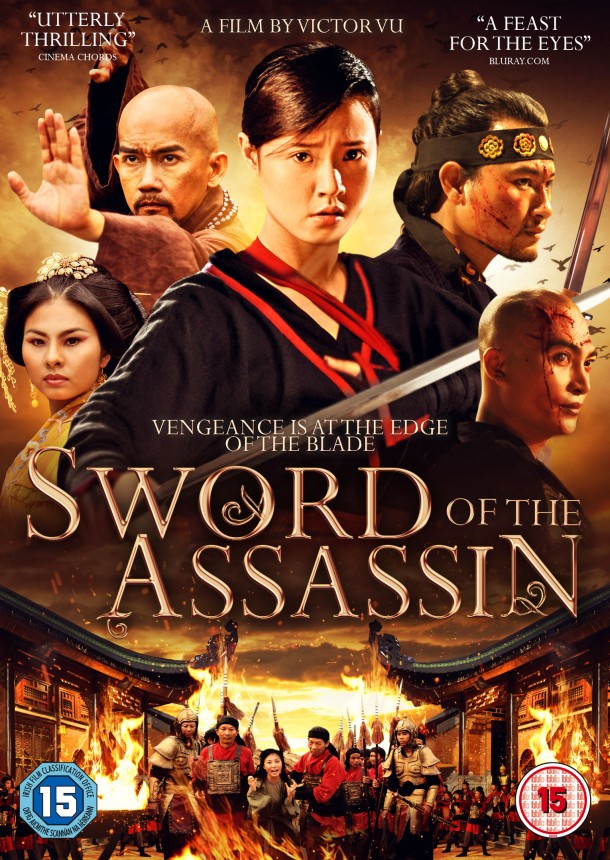 Victor Vu (Vengeful Heart) has created the first Vietnamese Wuxia (Martial Arts) film set at the time of the Le dynasty (1428-1788) in Vietnam. The hero Nguyen Vu (Dong) is the last of his family after Queen Thai Hau (Trang) has murdered the rest of his family, blaming them unjustly for the death of her husband. Vu is educated by a monk in the country side and introduced to martial arts. As a young man, he moves to the capital to seek revenge. There he meets the sisters Hoa Xuan (Du) and Hoa Ha (Hien), whose family has also suffered from the vicious Queen. Vu tries to help one of the Queen’s opponents at court to find the ‘Blood Letter’, a document written by a servant of the murdered King, whose contents would reveal the real culprits. But when Vu finds out, that his new ally only wants to become the new Emperor, he changes side and brings the revealing Letter to Thai Hau, asking her to mend her ways and stop further bloodshed.

SWORD OF THE ASSASSIN is beautiful to look at, particularly the lush landscape of Vietnam is a stunning backdrop to a narrative that is not particularly original, even though the pacifistic ending is touching. The fighting scenes are parricularly impressive, the protagonists flying through high above the ground like birds. A great watch for Wuxia fans, The Sword of the Assassin can’t compete with Ang Lee’s work, but makes a worthwhile attempt at bringing Vietnamese martial arts to the big screen. AS