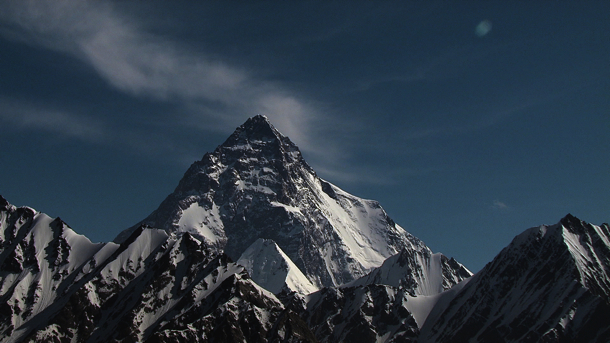 Documentary charting how 11 climbers died during the descent from K2

Climbing Everest is an achievement that you can brag about over dinner, according to a professional mountaineer, but climbing K2 is for the hardened professionals and not to be taken lightly, as 11 climbers discovered, to their chagrin, during one descent in Nick Ryan’s fearless documentary. 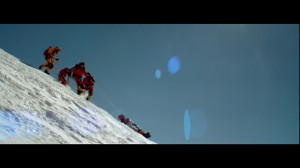 One in four climbers who reach the summit of Pakistan’s K2 will die on the descent and Nick Ryan shows us how bravado and relief can bring about a sense of disorientation and slackening of safety routines that can often prove fatal. This is what happened to a group of climbers who set out on the expedition in the Summer of 2008.  Of the 18 that started out only 11 would survive.  Here Nick Ryan and his crew followed in their footsteps to find out what exactly happened that fateful climb.

What starts as a jumbled affair of meeting the various teams of climbers, for there were several parties and nationalities on the mountain that July, gradually falls in to place as the different teams gather to formulate strategy.  That we know the ending right from the start, doesn’t detract from the suspense and occasional moments of terror at the shear skill of some of the hair-raising shots and angles.  And despite the slightly jumbled narrative thread, this remains a gripping and ultimately moving piece of filmmaking whose horrors will stay with you for quite some time after you leave the cinema.  MT