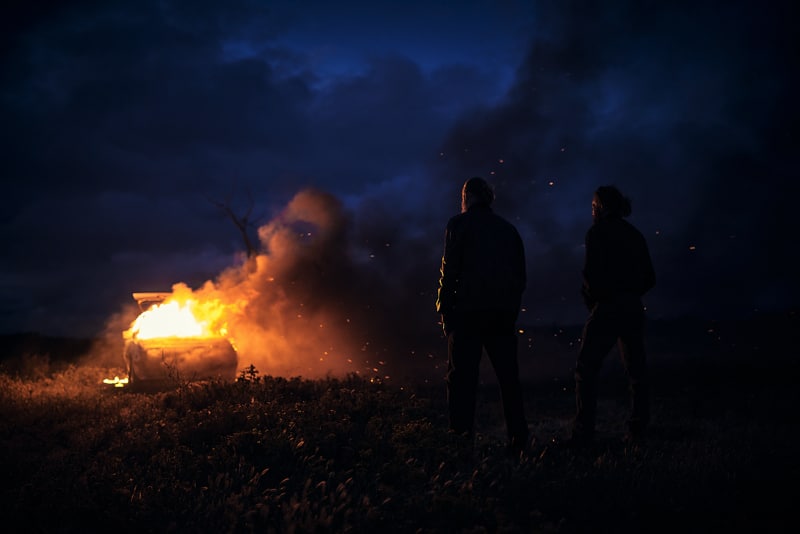 Two strangers meet on a bus ride in the outback in this tense Australian thriller written and directed with visual flair and ingenuity by Thomas M Wright. (Acute Misfortune).

At first The Stranger feels like one of those heist movies, one last trick before retiring for a bearded and biddable loner Henry (Sean Harris) hired by Paul (Mouzakis), an amiable undercover cop. Henry is down on his luck and looking for a gig ‘but nothing violent’. Paul then introduces his new pal to his criminal circle and an uncertain Henry goes along for the ride soon bonding with Mark (Joel Edgerton), who will show him the ropes.

Paul and Mark soon emerge as police detectives working on a cold case, an unsolved crime involving the disappearance of a boy eight years earlier in 2002. The police have been working tirelessly to find a body and murderer but so far have been unable to pin down Henry, the only suspect, who was seen in the area at the time the boy vanished. But when they discover Henry has another identity things start to fall into place.

Based on Kate Kyriacou’s book The Sting: The Undercover Operation that Caught Daniel Morcombe’s Killer, The Stranger is a gripping and sinuous piece of filmmaking with a twisty, tantalising narrative and convincing performances from Harris and Edgerton, who also produces.

Mark works hard to win Henry’s trust and their close relationship runs parallel to the nationwide police investigation that will gradually get to bottom of Henry’s murky past. Until the police get firm tangible evidence to place murderer and victim at the scene of the crime their killer could still slip away, after eight years on the run. MT