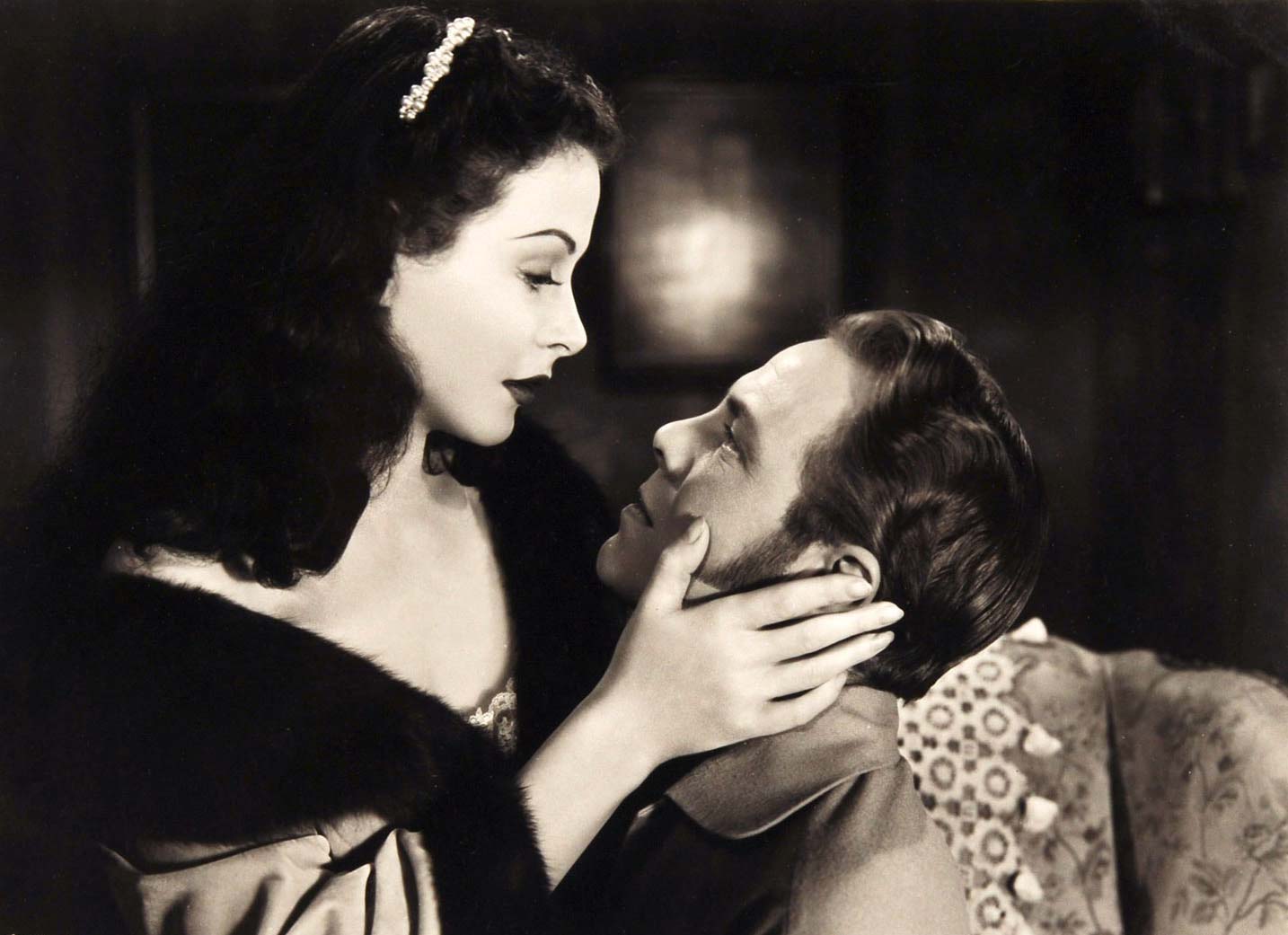 Based on a 1941 novel by Ben Ames Williams, whose Leave Her to Heaven had just provided the 40’s Hollywood melodrama with one of its most memorably manipulative female psychos in the form of Gene Tierney as Ellen Berent. Hedy Lamarr chose this as her first independent production and cannily selected Edgar Ulmer to direct, who makes the most of the opportunities provided by unaccustomedly decent production values and a solid supporting cast, while giving Ms Lamarr her head to create a memorable femme fatale.

In early 19th Century Maine, Hedy learns as a child how to manipulate boys for her own spiteful ends. So far, so promising – particularly as portrayed as a worldly, spiteful little vixen by Jo Ann Marlowe – but one apprehensively suspects she will inevitably prove less enjoyably sociopathic when she grows up to be Hedy Lamarr.

Hedy herself as a young woman initially shows promise, wearing lots of lipstick and making eloquent use of her eyes while otherwise cultivating an intriguing stillness as she twists men round her little finger and declares “I don’t want the youngest. I want the richest!”. Learning to cultivate her feminine wiles in the face of brutal patriarchy in the person of her drunken and violent father (played by Inspector Lestrade, Denis Hoey), she promises to become a more alluringly damaged adult than she ultimately proves to be. SPOILER COMING: Ms Lamarr – whose accent increasingly slips as the film approaches its conclusion – loses her nerve towards the end of the film, when she falls victim to true love and dies misguided rather than Bad.

The title is taken from Proverbs 5:3 and doesn’t really fit Ms Lamarr; but The Wicked Lady was already taken, although she doesn’t prove that wicked either. @Richard Chatten