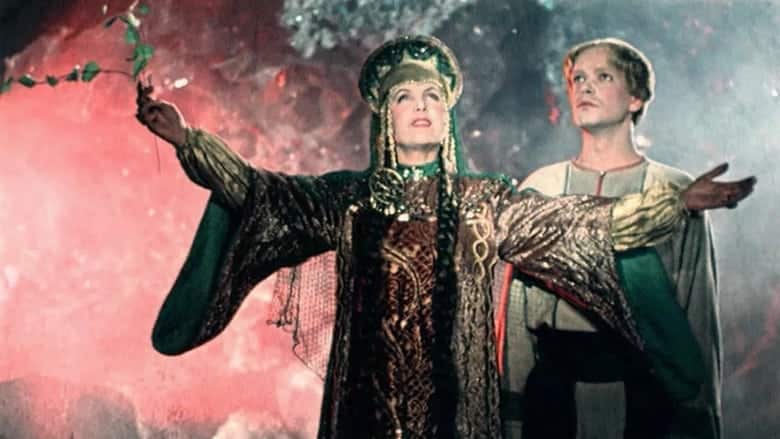 It will come as an extraordinary surprise to anybody unfamiliar with the Soviet cinema of the Cold War era just how common a component of it was colour, personally decreed by Uncle Joe himself.

The Stone Flower centres on a young stonecutter called Danilo who visits the mystical Copper Mountain to discover its infamous secret, a stone flower so mesmerising that anyone seeing it finds it impossible to leave.

Soviet colour films of the period ironically looked far better in the late forties than ten years later since the Russians still had use of captured Agfacolor stock freshly manufactured by the Germans after they constructed an Agfacolor plant in Prague.

One of the first postwar films shot in Prague and winner of the Stalin Prize and Best Colour Award at Cannes in the year its filming, Aleksandr Ptushko’s fable was one of the first fruits of Czechoslovakia’s former occupiers inadvertent largesse. The result anticipated all those ‘Tales from Europe’ fondly remembered by children on BBC1 in the sixties and seventies. @RichardChatten