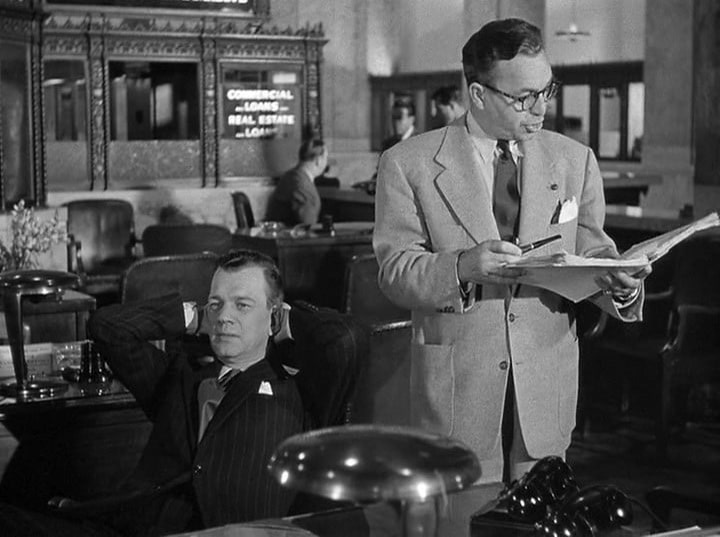 The thrillers of Andrew L. Stone have still yet to receive their due; those who have seen them are rightly crazy about them, but they remain stubbornly little known to the general public, and very little – although invariably positive – is ever written about them.

The Steel Trap is one of his best; Planes, Trains and Automobiles played straight, with characters you care about and well acted down to the bit players, moments of dry black humour that can make you laugh out loud at the tensest moments, terrific location photography by Ernest Laszlo (this picture really cries out for Blu-ray), and a noisy Dimitri Tiomkin score that adds to the fun (I particularly liked the Brazilian lilt he adopted every time Cotton’s destination in Rio was mentioned).

Partly filmed in New Orleans, Louisiana, it centres on Cotton’s long term Los Angeles banker who can’t resist robbing his own employer and absconding to Brazil with the cash when he discovers there’s no extradition with the US. He clears it all with his wife Laurie (Teresa Wright) and they hatch a plan, leaving his daughter with the mother in law. But it’s not all plain sailing, far from it. A nail-biting ride that sees Cotten and Wright reunited after Hitchcock’s Shadow of a Doubt. Richard Chatten .