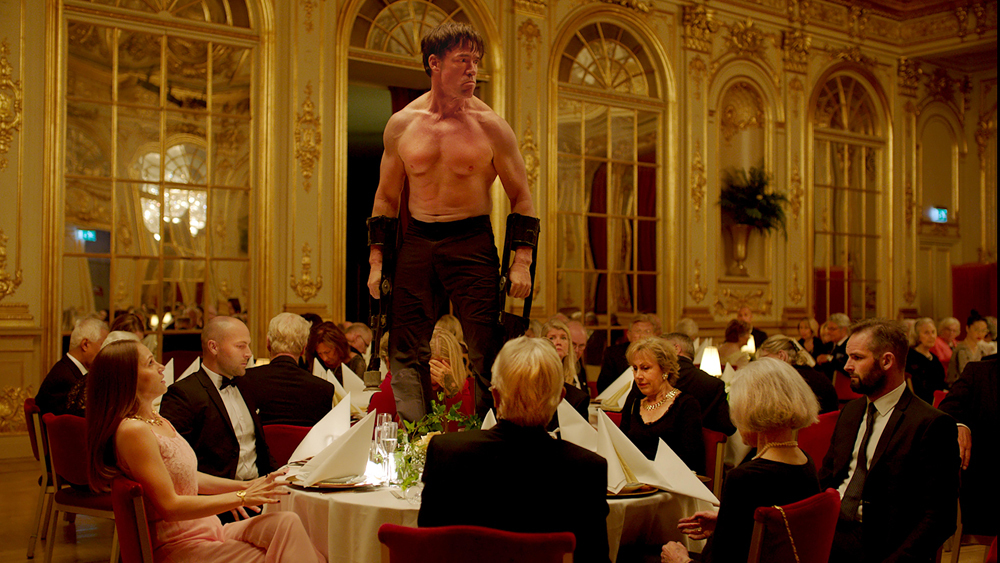 Swedish director Ruben Ostlund won the Palme D’Or in 2017 with this startling satire on modern society, the moral of which is simplistically: don’t lose your mobile phone. Not a very helpful caveat but one that leads to the downfall of the film’s central character, a suave gallery owner who provides the prism through which Ostlund explores the state of Sweden’s art world and, more widely, its sociopolitical and national identity, going forward – as they say.

This is a frightening and ambitious thriller not only for its thematic richness but also for its resonant characters, darkly comic moments and relevance to modern life. As in his 2014 hit Force Majeure, Ostlund’s is a tale of guilt and responsibility but also political correctness and freedom of speech in the light of Sweden’s influx of migrants, and all this conflates for provocative watch but also a nail-bitingly tense one that will possibly leave you shattered and shaken – it did me.

Claes Bang plays the aptly named Christian, a sympathetic, sophisticated and broadminded gallery owner keen to keep at the cutting edge of art world. But several of his outré ideas backfire leading to a catastrophic chain of events and his downfall. The first is connected to an iniative called The Square: a space in the museum’s courtyard which allows ‘freedom of expression’ for all, provided that they abide by society’s ‘rules’. But a shocking PR stunt upsets the status quo, and he is forced into fire-fighting mode to save the reputation of the museum. The second leads to one of the most unsettling scenes in the film – and this occurs during a high level fund-raising dinner – calling into question his integrity.

It all starts when Christian discovers his wallet and mobile have been stolen while he is protecting a woman from the advances of a hostile man, outside Stockholm’s central station. Encouragingly, sources provide a catchment area – a block of flats – where his stuff is supposedly located and after requesting his belongings be returned they miraculously emerge leaving him with a feeling of largesse towards mankind. But after an ill-advised one night stand with Elizabeth Olsen’s American journalist, who has interviewed him that day, things start to go awry in a bizarre way, and seem linked to the robbery, highlighting the film’s racial dimension. As the museum director Claes Bang is suberb in a difficult and nuanced role where he is required consistently to present a professional face in the light of personal controversary and workplace mayhem, and we feel for him. Without disclosing the entire storyline, this is an intriguingly complex and shocking thriller, sumptuously crafted and full of inventive elements and subtle performances that will stay in your memory for a very long time. MT