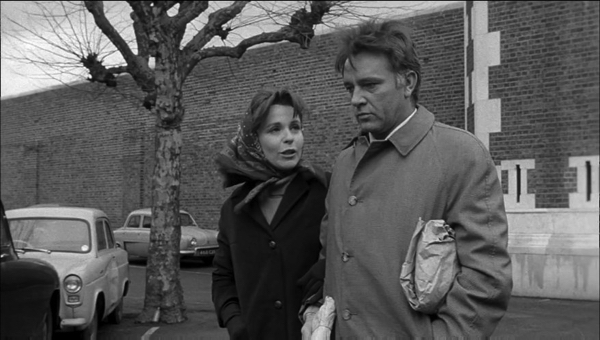 The Spy Who Came in from the Cold (1965) Talking Pictures

Martin Ritt (1914-1990) best known for The Long Hot Summer, was one of America’s most sensitive directors with a keen understanding for the British post-war scene which he portrays with great feeling in this stylish adaptation of John Le Carré’s 1963 novel.

Based on a script by Paul Dehn and Guy Trosper – and shot brilliantly in black-and-white by Oswald Morris. Ritt, who was a victim of the HUAC witch hunt, which he worked through in The Front, shows the same palpable appreciation of the murky borderlines of Nazi induced terror,  as far removed from the glittery Bond mania that had started in 1962.

Alec Leamas (Burton) is a British MI6 operative, working for Control (Cusack) who has sent him to West Berlin to direct the espionage net in East Germany. But GDR Counter-Intelligence, under the leadership of the ruthless Hans Dieter Mundt (Van Eyck), has killed nearly all agents. Now Leamas is sent into the GDR to discredit Mundt. For this purpose, Leamus is kicked out of MI6, hits the bottle and is, as hoped, picked up by GDR agents Ashe (Hordern) and Peters (Wanamaker) in London, whilst he is working in a library, where he meets and sleeps with Nancy Perry (Bloom), a member of the local branch of the CPGB.

All goes to plan when Leamas is smuggled into East Germany and meets Fiedler (Werner), Mundt’s deputy, who believes (rightly) that Mundt is a British spy. At a secret trial, Fiedler accuses Mundt of treachery, but it turns out Nancy, who has entered the country as an adoring visitor to the country of Marx and Engels, is present at the trial.

She has been compromised by MI6 to save Mundt and condemn Fiedler who, like Nancy, is Jewish. Leamas discovers too late he was not sent by Control to incriminate the Ex-Nazi turned communist turned British agent Mundt, but to save him from Fiedler who was on the verge of exposing him. At nightfall Mundt frees Leamas and Nancy, having arranged a safe conduit over the wall into West Berlin. But when Nancy is shot, Leamas would rather take a bullet himself, than jump over the wall to his waiting colleague Smiley (Davis).

The cast is supported by a sparkling array of British talent, not least the undervalued Michael Hordern as Ashe, who is gay. He picks up prisoners from Holloway prison and tries to seduce them in the guise of being a charity worker, and is also in hock to the Sam Wanamaker’s East German agent Peters who treats him with contempt. Bernhard Lee plays a grocer who is witness to Leamas’ violent temper tantrums after being fired from MI6. His casting is particularly ironic since he was playing M, James Bond’s MI6 boss, in the first of the 12 movies. In the role of George Smiley the movie also stars Rupert Davies, who played Inspector Maigret for many years trying in vain to coax his friend Alec to jump back into his old life.

Burton is like a reeling boxer, seconds away from being floored. His beliefs are on the line, but he is not ready to give them up: being an agent is his drug. Seething with self-disgust on discovering he is the fly in Mundt’s spider’s web. He does not actually love Nancy, but neither does he want her to become another statistic in his deadly game.

Bloom convinces as the fragile, naive communist, totally unaware of what her adored comrades are doing behind the wall. Peter Van Eyck, who spent the war as an emigrant in Hollywood (Five Graves to Cairo), is the personification of evil as Aryan – detached swopping sides remorselessly and totally lacking in empathy. Werner (Fahrenheit 451), his polar opposite, shows conviction as a man who would rather sacrifice himself, than give up.

There is a sinister shadowplay between all these characters, lurking in the gloom, they are as lost as the Flying Dutchmen, waiting in vain for redemption. The Spy Who Came in from the Cold is a harsh but trenchant portrait of spies suffering from multiple personality disorders, caused by their addiction to lies and double play. AS

AVAILABLE ON ON TALKING PICTURES TV, YOUTUBE AND GOOGLE PLAY and to own on Bluray from 17 May 2021