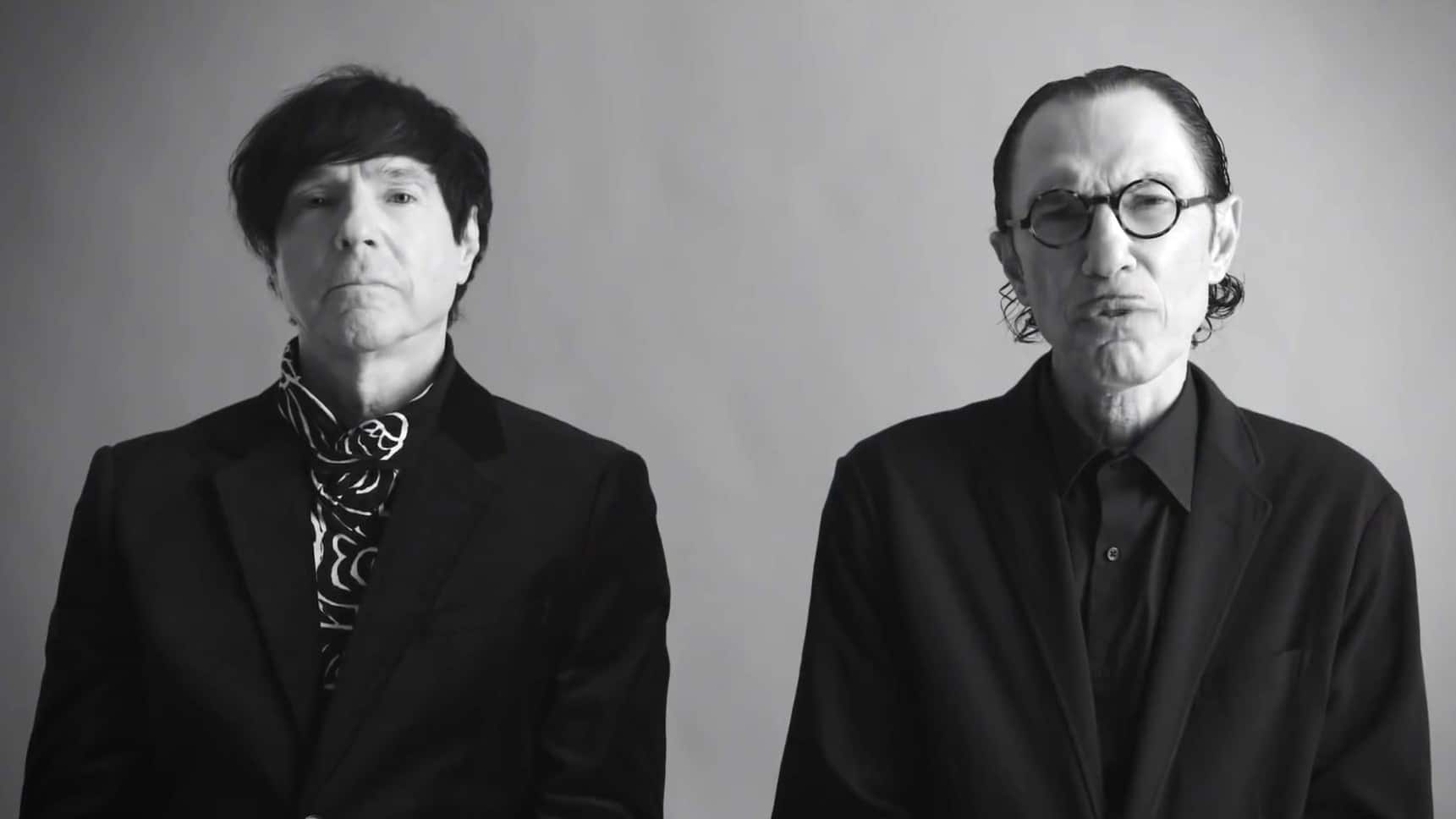 At first glance, The Sparks Brothers is an odd choice as a first documentary for director/writer Edgar Wright (Shaun of the Dead, Baby Driver). They were the operatic star turn with their score for Annette at this year’s Cannes Film Festival, and their music has endured half a century. Hits like ‘This town is not not big enough for Both of Us’, was a great success in the UK, but ignored in the US, leaving many fans with the impression they were British – but they were born and bred LA. The Sparks have produced twenty-five albums, and Wright (a self-confessed fan) has given everyone enough space here – which accounts for a self-indulgent running time of two hour fifteen minutes.

Ron and Russell Mael had a proper cinema upbringing with their parents, who, idiosyncratically, took their kids to the cinema whenever they saw fit. No surprise then that Ron and Russell wanted to compose for the big screen. But early efforts with Jacques Tati and Tim Burton came to nothing. Luckily, they ‘escaped’ the dud Rollercoaster from 1977, which fell instead to poor Lalo Schifrin while we get an uncredited glimpse of the brothers. Finally Ron and Russell got their just reward: this year’s opening feature at Cannes directed by Leos Carax, scored by the Maels. Not bad for a duo who inspired New Order, Duran Duran and The Human League.

The brothers Mael are great entertainers, even performing with a dummy. And Wright mocks the genre roles of the documentary, with animation and CGI inlets. Wright hits the spirit of the Maels: the 1979 album produced by Giorgio Moroder, featured classics like ‘Try outs for the Human Race’, just the sort of anarchy Wright reproduced in his feature films. The Sparks Brothers is a proper head banger, celebrating the feeling of anarchic creativity. AS