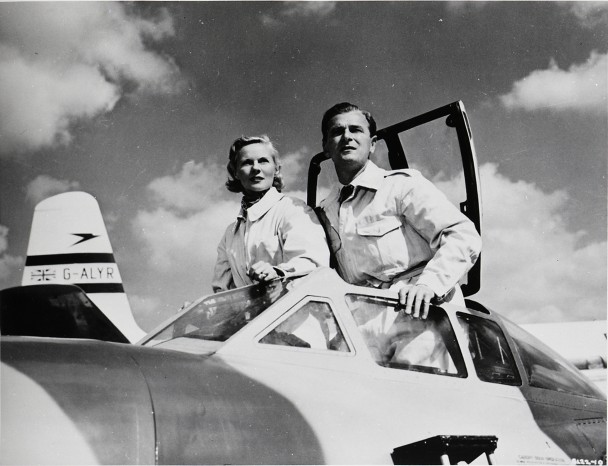 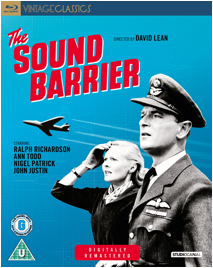 David Lean pictures ’50s England at its best in this top flight romantic action drama scripted by Terence Rattigan and inspired by the life and times of Geoffrey De Havilland; the British designer and owner of De Havilland Aircraft Company, two of whose sons died testing their father’s own experimental jet plane.
The Comet, the first jet aircraft makes a stunning debut along with the other British star of the skies – the famous Spitfire. Winning an Oscar for sound effects, the film also showcases Lean’s technical capabilities in exploring Britain’s mastery of the airways and of flight technology in the immediate aftermath of the Second World War. Terence Rattigan’s script was much lauded for examining the relationship between obsession and sacrifice, technological mastery and the costs of pursuing it at the cost of all else and this saves the film from simply being a hagiographic tribute to British aviation. At its heart there is also a tender love story: that of a woman – played by the era’s top English totty Ann Todd –  and her passionate desire for her husband, that triumphed despite their twin-bedded sleeping arrangements and this gives the film its dramatic torque. THE SOUND BARRIER typifies man’s unswerving dedication to reach the top whatever it takes, through Ralph Richardson’s maverick captain of industry (Ridgefield) and his daredevil test pilot son in law Tony (Nigel Patrick), who was willing to risk his life for the sake of invention, despite his own impending fatherhood. There is also a superb turn from Denholm Elliott playing against type as Ridgefield’s debonair and clean cut son, Christopher.

The remarkable outdoor setpieces evoke the sense of power and speed of the jets through impressive POVs and long shots and the shuddering supersonic echoes that are palpable to passers by in the streets of a Hampshire town as the test plane ducks and dives. THE SOUND BARRIER is a story of man’s courage, dedication and commitment tempered by humour and even tenderness. Technically impressive, tense and moving this is a true cult classic from the master of British epic, David Lean. MT