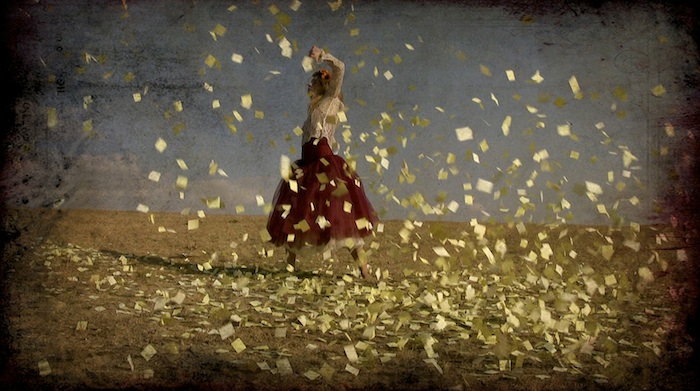 Magical Realism describes an aesthetic style that blends fantasy elements with the real world so they seem almost natural.  Woody Allen used magical elements in Alice, The Purple Rose of Cairo and Midnight In Paris. Here in his debut feature, Jonathan Cenzual Burley’s uses magical realism to great effect combining it with a faintly amusing offbeat script to create this quirky arthouse gem.  With an atmospheric score from John Walter and Andrea Calabrese (who also plays Nero) it successfully conjurs up the arid planes of Castilla La Mancha where Don Quixote once strutted his stuff.  And 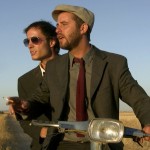 the Spanish countryside is very much a character in its own right. Dramatic sunsets, richly sun-baked landscapes, lush vegetation and ethereal cloud formations fill each frame.  Clever montage set pieces made to look like reflections on a vintage mirror complete the arthouse feel.  The story revolves around two half-brothers, Nero and Miguel (Javier Saez) who meet for the first time on a pilgrimage to their father’s funeral.  They talk as they walk and their up-close encounters give the film an intimacy set against the vast and empty countryside.  The result is a light-hearted road movie where the narrative is driven forward by their gradual discovery of each other told in epistolary style. There are no deep discussions or revelations just a natural unfolding of their personalities and their family story told through the characters they meet along the way.  This upbeat first feature never takes itself too seriously and is a relaxing pleasure to watch.

Releases this weekend and screening at the following venues, so far: