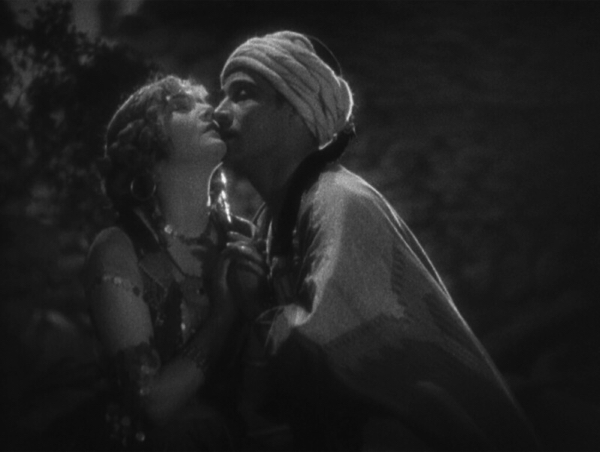 This simple love story of lust and betrayal is elevated by exquisite performances from Valentino and his personally chosen co-star Vilma Banky who is visibly transformed by his sultry love-making in the desert sands of Araby, sumptuously evoked in William Cameron Menzies’ set design.

The narrative is driven forward by Artur Guttmann’s atmosphere score primping the emotional lows and highs of the tragic fable. The legend behind the camera was George Barnes whose evocative images would see him winning an Oscar for Hitchcock’s Rebecca (1941), a Golden Globe for Cecile B. DeMille’s 1952 extravaganza The Greatest Show on Earth and many other nominations.