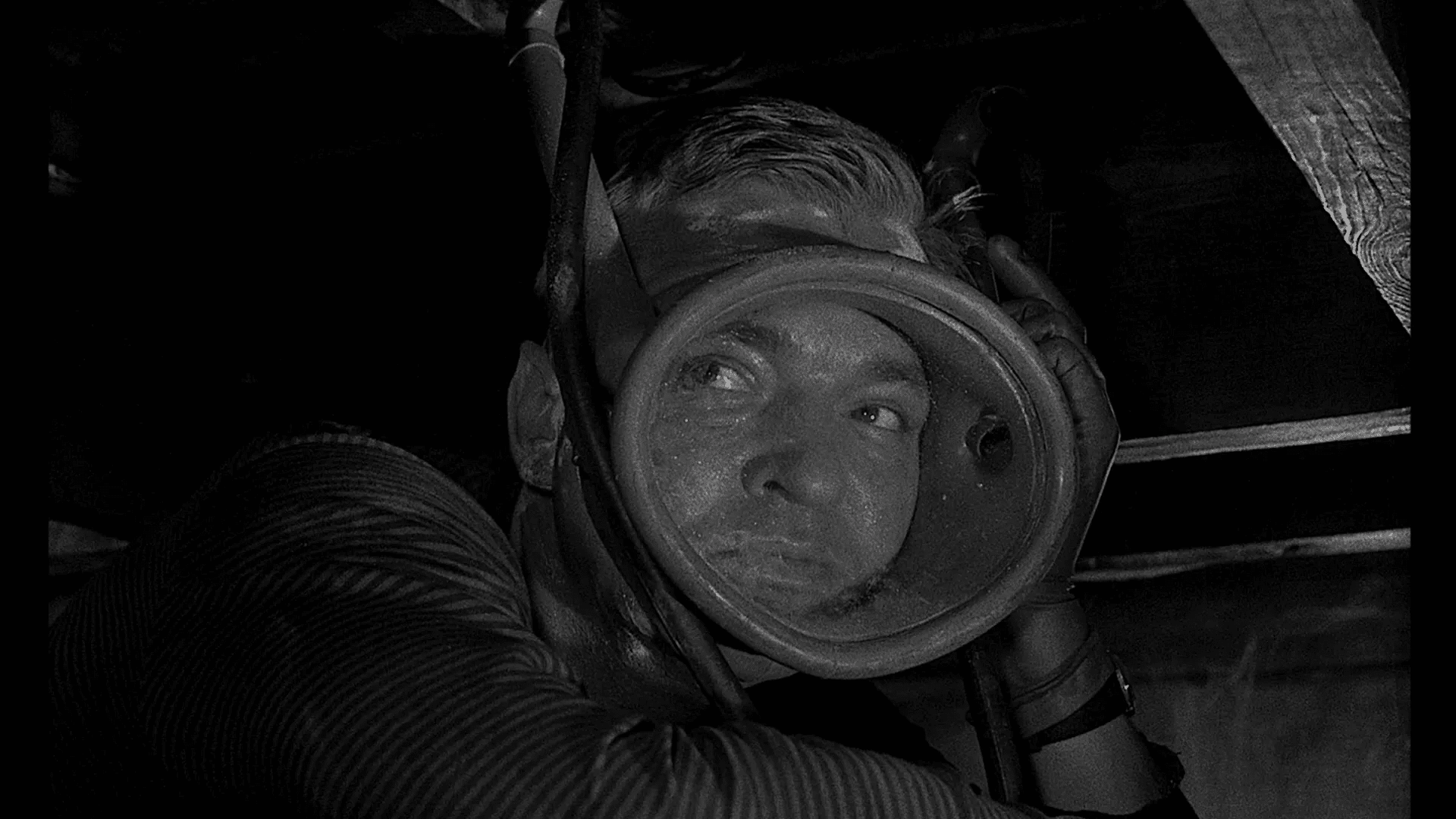 In 1968, when I was nine years old, I was about 10 minutes from the end of this gripping Hammer psycho-thriller on Anglia Television when my father amused himself by suddenly packing me off to bed. It’s taken me forty-nine years, but I finally got to see the ending of this film.

Hammer’s psychological thrillers of the early sixties are usually deemed sub-Hitchcock copies of Psycho; but since The Snorkel was released a full two years before Psycho their inspiration is more obviously Henri-Georges Clouzot’s Les Diaboliques (1955), from the mystery novel by Pierre Boileau and Thomas Narjejac, who also wrote the book on which Vertigo was based. (Peter van Eyck, the evil stepfather in The Snorkel, actually starred in Clouzot’s previous film, Le Salaire de la Peur.)

The Snorkel was the last film lead played by the unique Mandy Miller, then 13, whose dramatically arched eyebrows and full lips render her still recognisable as the pretty little deaf & dumb girl from Ealing Studio’s classic Mandy (1952). Already convinced that her mother is simply the second of her two parents to be murdered by Van Eyck, a poster of Cousteau’s ‘Le Monde du Silence’ provides her with the clue she needs as to how he did it, and she enters with gusto into a game of cat and mouse with her wicked stepfather. Thus provoked, van Eyck puts on his striped jersey and rubber gloves again, slips her a Mickey Finn, seals off all the windows and doors and turns on the gas, and then…

It’s taken me nearly fifty years to find out what happened next, but it’s a beaut! ©Richard Chatten

NOW ON BLURAY AT AMAZON