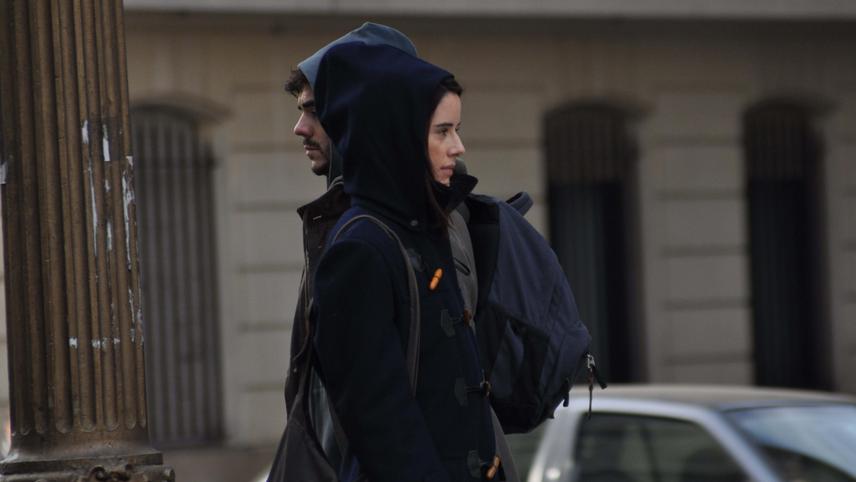 Set in his home town of Tucuman in northern Argentina, Agustin Toscano’s twisty tale of a thief and his victim is spiked with mordant humour.

Social services have broken down in this poverty stricken town, the police are on strike, and Miguel (Prina) is at the end of his tether. His six-year old son Leon (Zelarrayan) lives with his mother Antonella (Plaate), waiting for child support. So Miguel and his friend Colorao (Elias) turn to crime, out of sheer desperation, using Miguel’s motorbike for a snatch-job. But their victim clings on to her bag and is dragged along for several minutes, behind them. Leaving her for dead the two run off and split the money. But Miguel feels bad and decides to visit the woman in hospital, finding her identity card in the stolen purse. Elena is alive – just, but has lost her memory. Posing as a nephew Miguel inveigles himself into her life in an clever conceit that Toscano pulls off with aplomb, his convincing plot-line playing on its plausible characters caught in a folie à deux: Miguel is a master of avoiding responsibility and Elena uses him, fully aware of his guilt. The pair make an odd couple, driving the plot forward with their intransigence and childish temper tantrums. In a way, they are both kids living in a world of wishful thinking.

DoP Arauco Hernandez Holz handheld camera searches the dark interior of Elena’s flat for every source of light, but somehow it always stays dark – like the murky world of the crime-fuelled encounter. Toscano manages a last twist – ending his humanistic play on a high note. A strong cast and imaginative direction of this simple but never simplistic storyline proves once again that a low budget need not stand in the way of a really gripping drama.