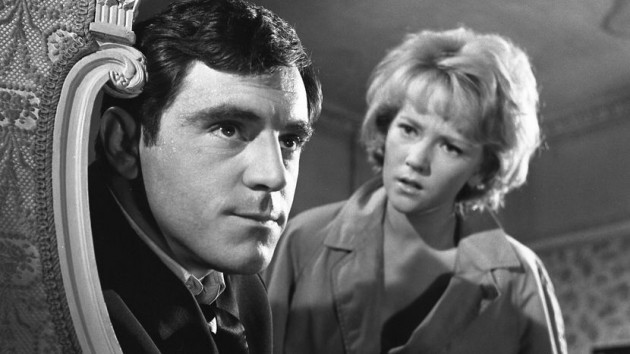 Ken Hughes was an award-winning writer and director who made his name in the 1950s and 60s after winning an amateur filmmaking competition in the late 1930s at the age of 14.

This stylish comedy caper captures the zeitgeist of early Sixties Soho seen through the eyes of Anthony Newley’s snazzy strip club compere, Sammy Lee, who ducks and dives his way through the bookies’ clutches constantly on his tail for mounting gambling debts. Behind the cheeky vibe of the club, violence lurks on every corner: punch-ups, bloody noses, and slashed faces bear witness to the shadowy underworld of The Krays. Punctuated by jazzy vignettes from dancing girls singing the likes of “Unforgettable”, Kenny Graham’s trumpet score enriches an evocative portrait of one of the 20th century’s most iconic decades.

Slick and watchable, this snappily scripted mercurial film has plenty of dark moments and thrills up its sleeve. Newley acts his socks off, fast-talking, gestures flying rather like a diminutive Leonard Rossiter, as he goes around raising cash from his close Jewish friends and trousering it feverishly as he races against the clock to meet the bookies’ demands. Dennis Nimmo gets one of the funniest lines as the poshly-spoken gay Rembrandt, momentarily breaking the tension. And then comes a most fabulous scene as a Black duo (bass and piano) play velvety Jazz. Wilfrid Brambell, Roy Kinnear and Robert Stevens also star in this simply wonderful and unmissable gem of English filmmaking. MT