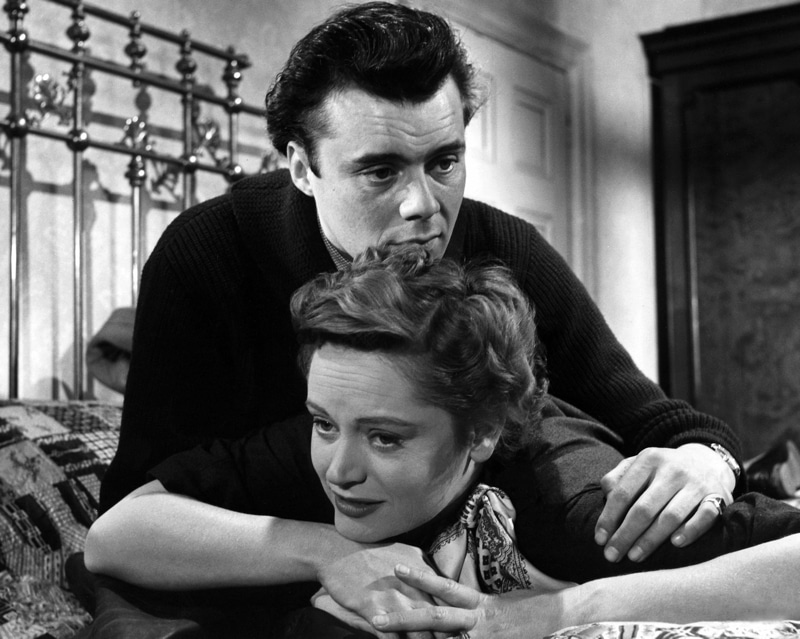 Stylish and unmistakably Losey with its sinister vibe, striking camerawork by Harry Waxman and schmoozy avantgarde score by Northampton-born Malcolm Arnold. Of course Losey was directing under a pseudonym of Victor Hanbury having fallen foul of the US authorities.

In his first collaboration with the director, Dirk Bogarde and Alexis Smith make for a subversive couple in the jagged 1950s London-set psychological noir thriller. She is the bored housewife married to Alexander Knox’s kindly cardiganed psychiatrist, when Bogarde comes along – a suave thug in faintly ridiculous jodhpurs — and is caught red-handed during a smash and grab. Knox offers Dirk therapy rather than exacting damages, and becomes a father figure to the troubled tousled-haired drifter. A dazzling dance floor number with Alexis and Bogarde really sizzles but she ends up scorned and forced to admit “I wish I was a man”. And it all predictably ends in tears but not without a fight. Losey at his best. MT

NEWLY RESTORED and NOW ON BLURAY, DVD and DIGITAL from 7 November 2022