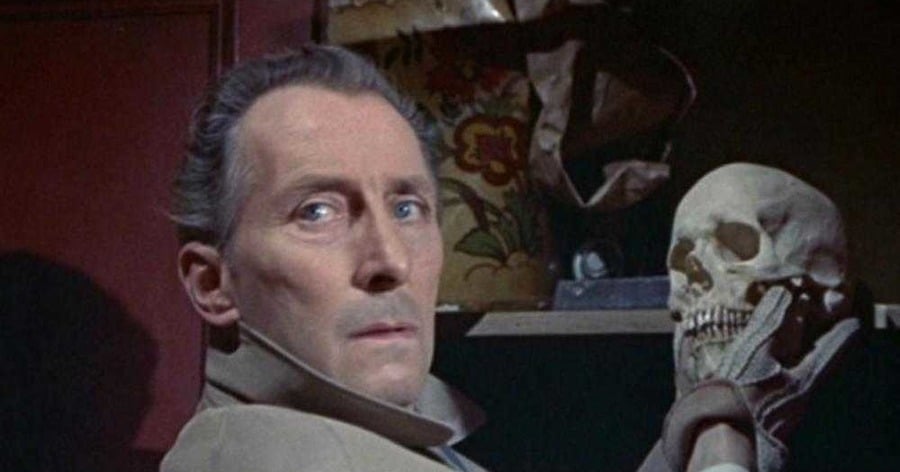 Shrewdly packaged from a 1945 short story by Robert Bloch for his recently formed company Amicus by Milton Subotsky, vividly designed in Technicolor and directed by Freddie Francis when he still cared. The film also follows Hammer precedent by employing a classy British composer, Elizabeth Lutyens, whose music carries the long sections without dialogue.

Although headlining Hammer alumni like Peter Cushing, Christopher Lee and Michael Gough, the cast includes many others of Britain’s finest, including Patrick Wymark and Nigel Green (both of whom died not long afterwards) and Patrick Magee fresh from Corman’s Masque of the Red Death. The fanciful use of colour, weird visuals and general mood suggest familiarity both with Corman’s Poe pictures and the Italian horrors of directors like Bava & Freda. @Richard Chatten