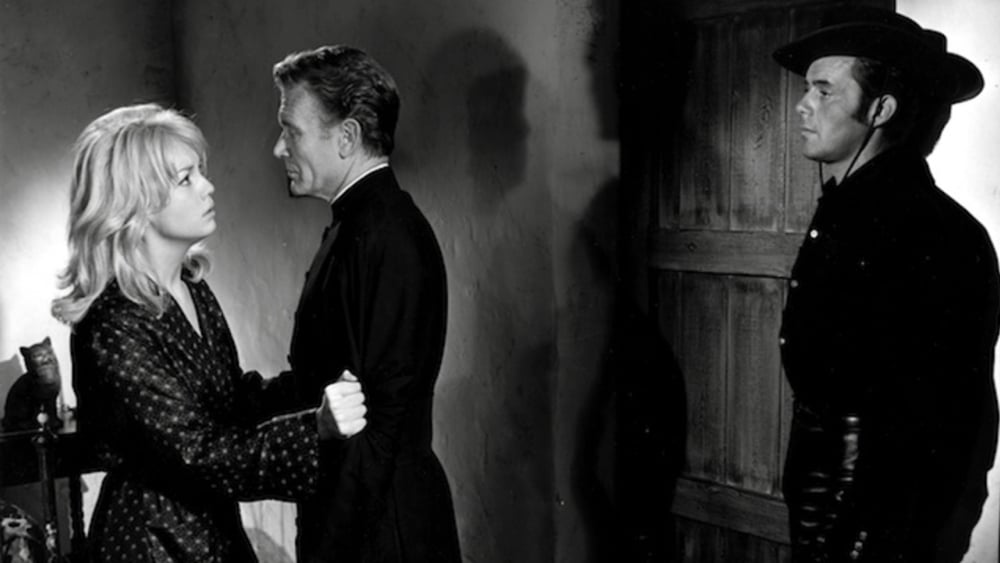 Anybody who thought Dirk Bogarde’s performance as a homosexual in Victim blazed a trail should acquaint themself with this camp classic in which kitted out in leather trousers (his wardrobe “a fetishist’s dream”, as Peter John Dyer observed at the time) he strokes kittens, his left eyebrow permanently arched as the third corner of a very unlikely triangle of which the other two members comprise Mylene Demongeot (referred to as “the child” and with whom Bogarde commiserates “It must be heartbreaking to fall in love with a man you can never have”) and John Mills.

John Mills?! Director Roy Baker understandably would have rather had Richard Burton (who preferred the role of the bandit) or Paul Schofield (who Baker knew better than to ask), but considering how awful towards him Bogarde was throughout shooting his final film under contract with Rank, he clearly just wanted to pack his bags and get out.

In small town Mexico (actually Alhaurin de la Torre on the Costa del Sol) Mills does his best as a Catholic priest who ultimately wins respect from the outlaw, despite his feeble attempt at an Irish accent. It would have been fun to see Burton rise to the occasion after trying to be a gangster in Villain.@Richard Chatten