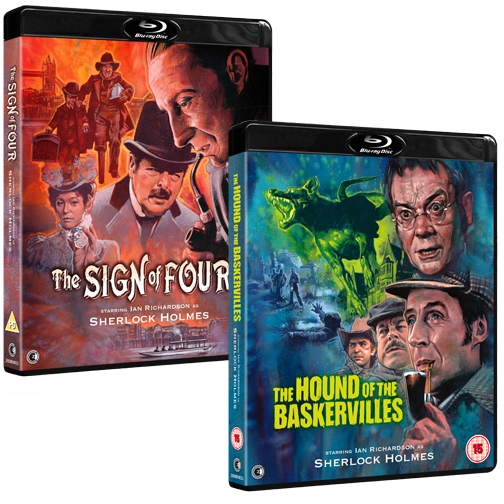 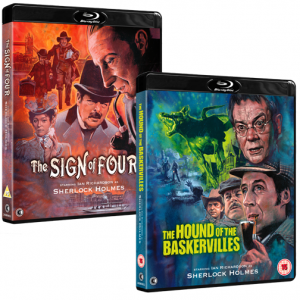 The Hound of the Baskervilles

Ian Richardson is wittily sardonic here as Sherlock Holmes, in Douglas Hickox’ 1983 vibrant screen adaptation of the fateful folkloric story which tells of a demonic dog threatening the life of the latest heir Sir Henry Baskerville. He joins Donald Churchill’s Dr Watson to investigate the infamous curse on the Baskerville Family, filmed here by Oscar winning DoP Ronnie Taylor from a screenplay by Charles Pogue (who also scripted Dragonheart and The Fly). There are standouts from Denholm Elliott as Dr Mortimer and Eleanor Bron as Mrs Barrymore. MT

Richardson and Pogue team up again for (Clash of the Titans) Desmond Davis’ made for TV screen adaptation of Arthur Conan Doyle’s novel The Sign of Four (1983), that follows the mysterious disappearance of its heroine’s father. A young Cheri Lunghi is luminous as Miss Morstan who is on the regular receiving end of lustrous pearls from a mystery benefactor. For fans of the Conan Doyle canon this is a entertaining mystery drama that a involves murder investigation and an exotic treasure trove from India. MT

NOW AVAILABLE FULLY RESTORED ON BLU-RAY, ON DEMAND AND DOWNLOAD FROM 25 APRIL COURTESY OF SECOND SIGHT