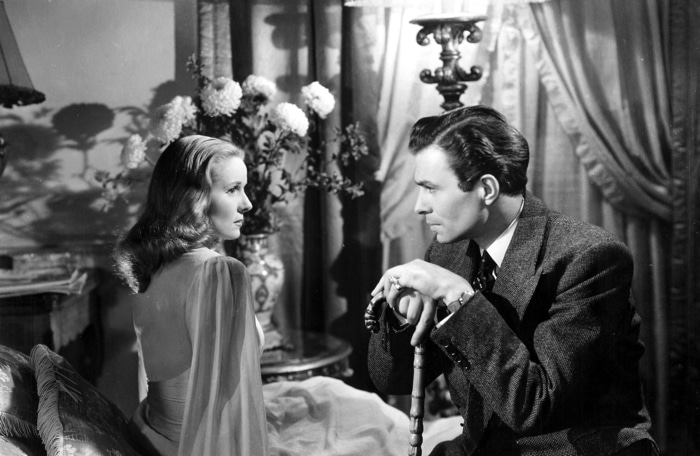 Compton Bennett started life as a bandleader and then a commercial artist before he started making his own films catching the eye of producer Alexander Korda who hired him as an editor in 1932.

Later he directed this amusing drama which was Gainsborough Studios’ Oscar-winning contribution to the ‘Lady on the Couch’ genre of the forties, described by the late David Shipman as “a dotty mixture of psychiatry, Greig, Tchaikovsky and so on”.

Also worth mentioning is the script by Britain’s most prolific female director Muriel Box who collaborated with her husband Sydney and went on to win the Academy Award for Best Original Screenplay. It begins like Letter from an Unknown Woman with it’s button-eyed female lead in pigtails as an extremely mature-looking schoolgirl, here getting caned. Soon her wardrobe is far more glamorous, but she’s still being bullied; this time even more expertly by James Mason at his most saturnine with the result that she ends up being treated by psychiatrist Herbert Lom (in the role that made him a star and which he effectively reprised on TV nearly twenty years later in The Human Jungle).

That by now she’s also being forced to chose between three handsome suitors is a problem only too many of the women in the audience wished they had, and it was a huge box office hit. Richard Chatten.