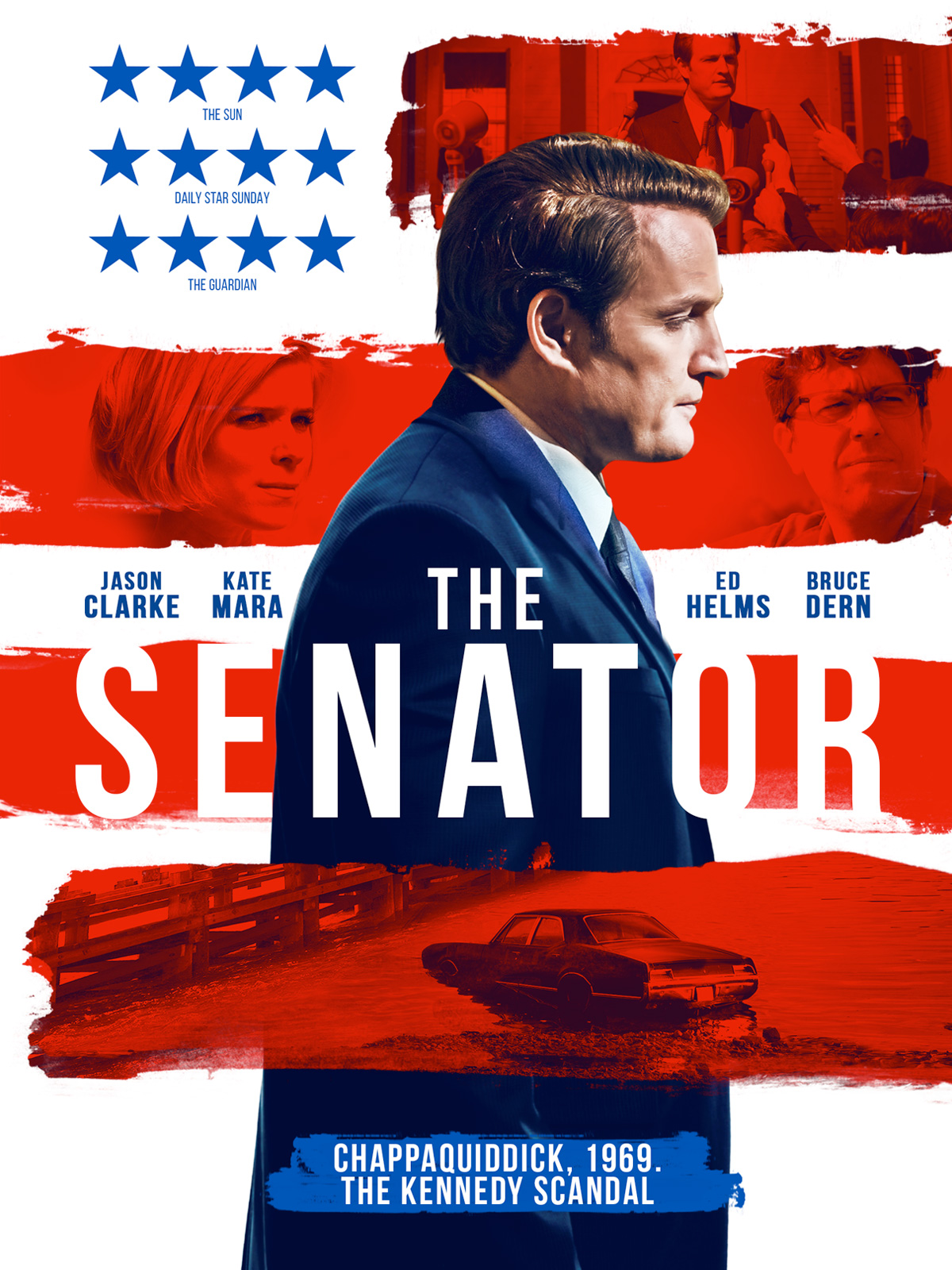 The Senator looks swanky enough with its Ivy League Sixties aesthetic but as a gripping account of when Ted Kennedy (Clarke) had a car accident in Chappaquiddick, Martha’s Vineyard that led to the death of campaign worker Mary Jo Kopechne (Mara), it’s a pretty flaccid affair.

And that’s no fault of these two versatile actors – Jason Clarke is a dead ringer for Ted, and Mara makes a cool but brief appearance as Mary Jo – or a decent cast that includes veteran Bruce Dern who do their utmost to serve this legendary incident in American 20th century history, that, on the face of it, offers luridly exciting dramatic potential with its themes of adultery, sexual shenanigans, cover-ups and dirty politics in an era fraught with glamour and intrigue. Not least is the fact that Ted Kennedy kept the whole thing under wraps from the authorities – or even his advisors, for a 10 whole hours, even enjoying a night’s sleep before spilling the beans about the mishap and his colleague’s disappearance.

Yet Curran plays all these explosive elements down to offer a sober, morose, almost worthy, drama that adopts a near religious respect to the scandal that rocked the final knockings of the Sixties, and debatably put paid to Ted’s Kennedy’s political career. In the event, the whole episode was buried under the breaking news of the first moon landing two days later.

Taylor Allen and Andrew Logan’s debut script plays out like a tame crime procedural maintaining that because the tragedy took place on Kennedy home soil in Massachusetts, it was possible to stage manage the incident and keep the incendiary potential underwater, drowning most of the scandal along with its sorry victim, who was only 28 at the time. What is not played down however is the strongly patriarchal influence of a frail Joe Kennedy (Bruce Dern) who continued to pull rank on his son: despite being semi-gaga and confined to a wheelchair he manages to deflate his progeny with a potent allure.

Curran and his writers make no attempt to elaborate or delve deeper into the well-known facts – that Ted was offering Mary Jo a lift home from an ordinary campaign evening when his car left a bridge and somersaulted into the shallow river below. Kennedy escaped but did not rescue Mary Jo, claiming amnesia brought on by shock. After getting a metaphorical clip round the ear from pater during a telephone call where he asks for advice, Ted then disappears into the bosom of his family as advisors close ranks around him.

What transpires, unsurprisingly, is that this powerful US scion appears to be above the law: Curran shows Ted to be a rather spineless individual whose ill-conceived decision to don a neck brace for Mary Jo’s funeral also proves him to be rather narcissistic and lacking in integrity. In the event, Kennedy pleaded guilty to leaving the scene of a crash causing personal injury and got away lightly with a two-year suspended sentence.

With its sonorous score by Garth Stevenson, The Senator offers decent but rather lacklustre viewing, and while it will certainly enlighten those not familiar with the story, it hardly sets the night on fire with what could have been an incendiary political thriller. MT