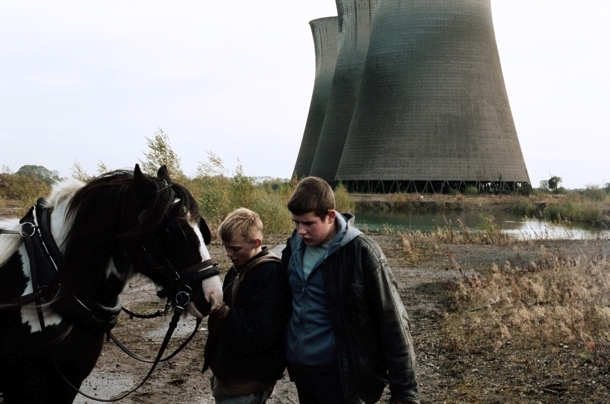 The gently rolling countryside of Yorkshire is the setting for Clio Barnard’s contemporary coming of age fable of under-privilege seen through the eyes of two young lads, Arbor and Swifty. Played with extraordinary sensitivity by newcomers Connor Chapman and Shaun Thomas, these boys have similar family problems and difficulties at school that help them forge a close and compatible friendship. Arbor is the less likeable of the two, with a soft spot for his mum, rather like the Kray Twins. When they meet scrap metal dealer, Kitten, Arbor discovers his knack for dealing and with Swifty’s riding skills the pair start scavenging with the help of Kitten’s shire pony, Diesel. 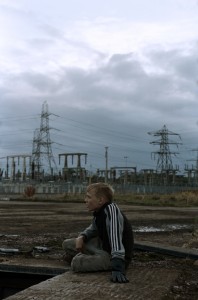 echoes the social realism of many current British Films but here Barnard tempers the harshness of Hudderfield’s scrapyards with enchanting images of starry skies and nature.  Swifty has a way with animals and develops a strong attachment to Diesel, handling him with skill and compassion and gaining credibility with Kitten who favours him in contrast to the cocky Arbor. Clio Barnard handles the direction with great skill, evoking an unsettling underlying tension in these social dynamics that make it clear that this is a journey that will end in tears. MT