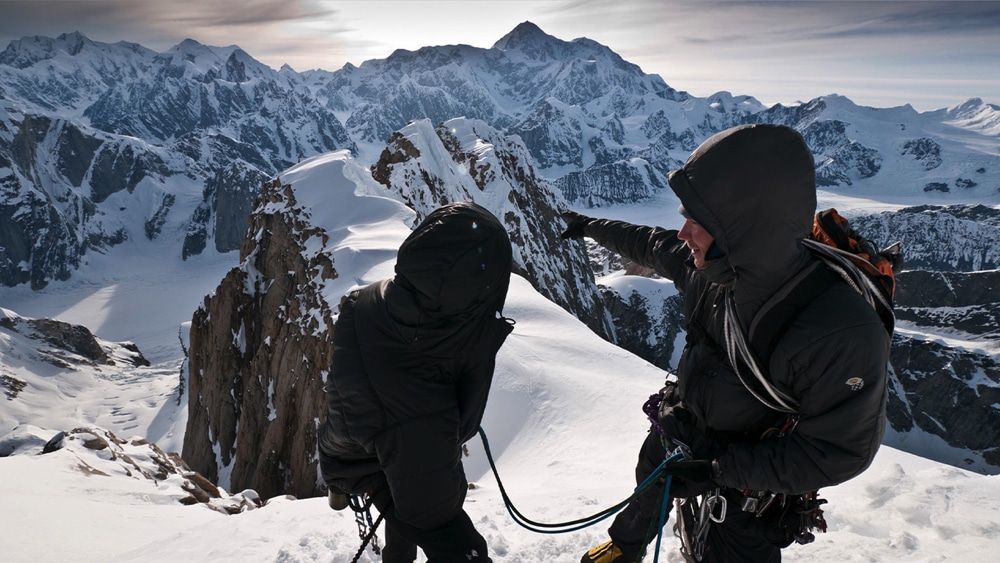 In this new documentary two climbers trace and film the steps of renowned photographer, cartographer, explorer and longtime director of the Boston Museum of Science, Bradford Washburn, who became obsessed with climbing after discovering its heath benefits.

Renan Ozturk and Freddie Wilkinson join fellow climber Zack Smith in this snowbound odyssey plotting their journey on a large photograph that Massachusetts-born Bradford had taken back in the 1930s. But Washburn’s dangerous historical quest with its impressive re-enactments rapidly take a back seat as Sanctity drifts into more personal territory for the three filmmakers who reflect on the fate of their climbing friends between 2007 and 2013. At this point the film becomes snowed under by two many voluble talking heads losing the thrust of the narrative as we zone out  overwhelmed by the magnificent mountains and the awe of nature. MT