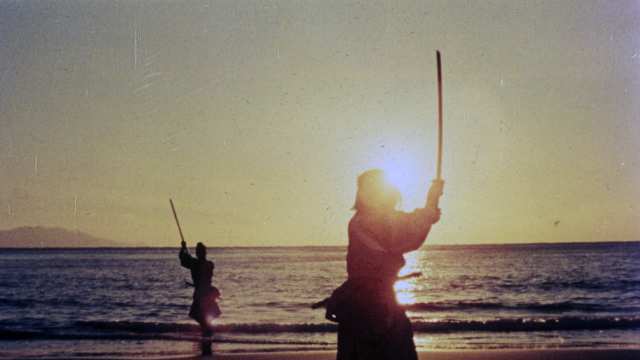 Romance and fierce battle coalesce in Hiroshi Inagaki’s Musashi Miyamoto, often known as Japan’s answer to Gone with the Wind together with its two sequels, it won the 1954 Oscar for Best Foreign Film. A rousing, emotionally gripping tale of combat and self-discovery, it portrays the life of a 17th century warrior, swordsman and artist, played by the legendary Toshiro Mifune (who also lived his life like a traditional Samurai pursuing spiritual interests and the traditional arts). Following his exploits from unruly youth to enlightened and disciplined warrior this is an ambitious and epic that was restored to its full glory on bluray in 2012, and now forms part of the latest Criterion UK releases. MT