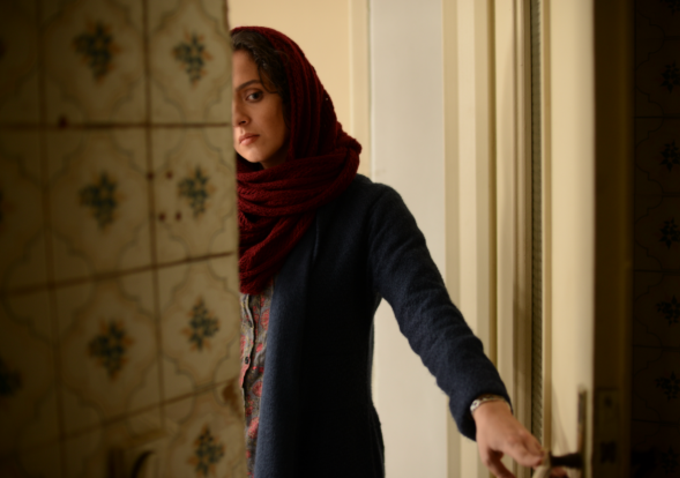 Asghar Farhadi is best known for his enigmatic drama A Separation (2011). This was a film that impressed the arthouse crowd with its slowburn intensity gradually building to a shocking final. About Elly (2009) followed with slightly less acclaim and The Salesman fits comfortably into the Farhadi groove. It’s a good film but not a great one. Starring the same lead as his Fireworks Wednesday (2006) the superb Taraneh Alidoosti, it explores a similar premise and now universal theme: that something familiar and safe is now fraught with uncertainty and the resulting chaos provides the testing ground for the protagonist’s integrity, or lack of it.

There’s an artificial and rather forced quality to The Salesman, a tale of Tehrani bourgeoisie: Rana (Alidoosti) is a housewife and Emad (Shahab Hosseini who won Best Actor) teaches at the University. They both enjoy the theatre and have joined an acting group staging Arthur Miller’s ‘American Dream’ play Death of a Salesman when the film opens. Emad gets the lead part of failed salesman Willy Loman and Rana – his wife -Linda. But events are waylaid by an horrific structural collapse at the couple’s apartment block and they are forced to move out into alternative accommodation, provided by another member of their group. The previous occupier has been involved with some unsavoury characters who swing by regularly at all hours of the day and night. And one day Rana accidently opens the door to one such individual. This paves the way for some startling unpleasantness as Farhardi mixes scenes from the American play with the couple’s sombre reality. The normally restrained Emad starts to take on a rather self-congratulatory grandiosity as his masculinity is challenged, much as Willy Loman’s salesmanship is when he fails in his sales efforts- the similarities emerge between the two man, albeit in a rather fatuous way in the final twist.

Although The Salesman has possibly more mainstream appeal it lacks the subtle quality of A Separation. That said, this is an intelligent and watchable drama that provides a great deal to reflect on, winning the Best Script award at Cannes Film Festival 2016. MT