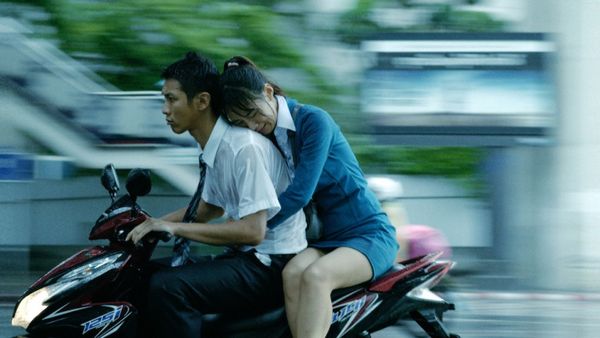 Burmese auteur Midi Z shares own experience in this doomed love story about two illegal immigrants escaping prison and poverty in Myanmar (from his home town of Lashio) to seek a brighter future in Thailand.“The young Burmese, feeling imprisoned in their home country, and regard Thailand as a place where they could set themselves free and have a brighter future. Nonetheless, they have no idea that they are very likely to be imprisoned again, and this time in a bigger place. I’m fortunate, if I hadn’t come to Taiwan to study, I might have ended up like one of the character in the film”.

Z, who has directed documentary films before switching to features, shows his skills in catching the smallest details, not only on the coalface of the factory, but also in the relationship between the two main characters. Guo is stoic, but has a grasp of reality, whilst Lianqing is dreaming of a bright future – but relying on Guo to make it happen. Guo shows respect for Lianqing’s innocence and does not even kiss her. They live like brother and sister, with Guo hoping for more, without verbalising his feelings during their dangerous trip from the Myanmar border to Thailand. They have paid the people-traffickers, who take them over the Mekong river into the ‘promised land’ (the titular Mandalay is more symbolic than real), the journey often interrupted to bribe border control and policemen. Guo, whom fellow travellers call ‘simple Guo’, falls in love with Lianqing at first side, and lets her travel in the front of the vehicle, taking her place in the boot, even though he has paid a higher price. After they arrived in the suburbs of Bangkok, he tries to get her a job in a restaurant, but the young woman has set her sights higher: she wants to work in the city, selling clothes. But since Lianquing has no identity papers, she fails with her application, and starts working washing dishes. Arrested during a police raid, Guo has to bail her out. But love cannot save Lianqing from her burning ambition which also leads to her fate in this brilliantly-acted drama of illegal immigration and unfulfilled amour-fou. AS