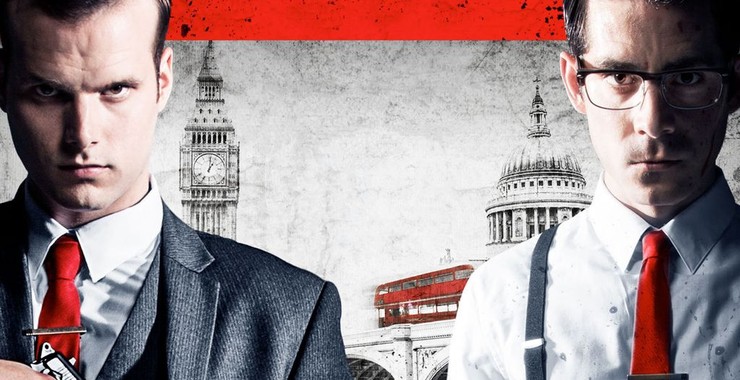 With a new series ‘Secrets of the Krays’ now on TV the endless fascination with the terrible twins continues, here played by Simon Cotton (Ronnie) and Kevin Leslie (Reggie) who appropriately won Best Actor at that year’s Marbella Film Festival.

Although it supposedly begins in Hackney in 1951, this movie takes its sartorial and visual lead from David Bailey’s 1965 portrait of the Kray Twins and its technique from A Clockwork Orange rather than The Blue Lamp; while the saturated Edward Hopper colours evoke the swinging sixties rather than the drab Britain of the fifties where the action mostly takes place. Likewise the saturnine young blades depicted here bear little resemblance to the beefy, cold-eyed bruisers of Bailey’s double portrait (while naturally no attempt has been made to cast actors who resemble Alec Douglas-Home or Henry Brooke in the brief scene with the Prime Minister and Home Secretary at Number 10).

Amidst all this testosterone a couple of ladies from Albert Square make all too fleeting appearances in the form of Anita Dobson as a barmaid and Nicola Stapleton as the twins’ mother, Violet. @Richard Chatten