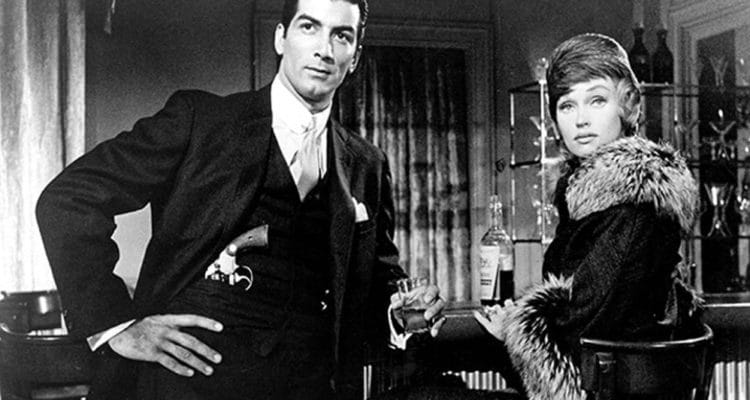 After a run of intelligent and highly-regarded colour westerns, director Budd Boetticher made a remarkable about turn with this classic recreation of the roaring twenties. The Production Code was by 1960 losing its iron grip on Hollywood, and The Rise and Fall of Legs Diamond came at just the right moment to recapture both the breezy amorality of the pre-Code crime films of thirty years earlier, while Lucien Ballard’s crisp black & white photography vividly evokes the look of the era.

The absurdly good-looking Ray Danton is unforgettable in the lead, and the amused charm he brings to the part rather subverts the film’s message that he owed his fall to his lack of basic humanity, since you’ve spent most the film enthusiastically rooting for him  @Richard Chatten